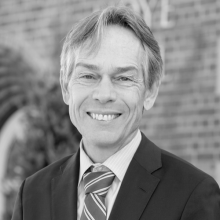 Scott Bales became the Executive Director at IAALS in September 2019 after retiring from the Arizona Supreme Court, where he had served for fourteen years, including as Chief Justice from 2014–2019. He is a member of the Council of the American Law Institute and the Vice Chair of the Council of the ABA’s Section on Legal Education and Admissions to the Bar. He previously served as the Chair of the Appellate Judges Conference of the ABA’s Judicial Division. Bales also has taught many courses as an adjunct professor at the law schools at Arizona State University and the University of Arizona.