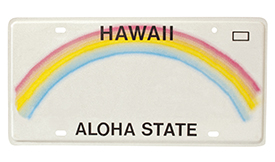 Another voice has joined a growing chorus calling for more openness in the selection and evaluation of Hawaii's state court judges. Critics of the lack of transparency make some valid points about the need to shine more light on these vital processes, particularly when we consider how other states address this issue.

Hawaii judges are chosen through a commission-based gubernatorial appointment process with senate confirmation. They serve 10-year terms, after which the Judicial Selection Commission determines whether they should be retained in office. The commission's work is entirely confidential, including the identity of applicants, applicant interviews, and commission deliberations.

Of the 30 states in which nominating commissions must be used in selecting supreme court justices, applicants' names are kept confidential in 10 states, including Hawaii. Applicant interviews are conducted entirely in private in 15 states, and all deliberations are closed in 24 states. Until recently, Hawaii was one of only a few states where the nominating commission did not announce the names of its nominees. But in 2011, after the Honolulu Star Advertiser sued the governor to force him to release the names of potential judicial appointees, the Judicial Selection Commission amended its rules to require publication of those names at the same time they are submitted to the governor. (In November, Hawaiians will vote on whether to amend the constitution to require the Judicial Selection Commission to make public the names of all nominees submitted to the governor for possible appointment. Applicants' names, however, would remain confidential.)

Once the governor has named a judicial appointee, the Hawaii State Bar Association conducts an internal evaluation and rates the appointee as 'qualified' or 'not qualified.' The rating is based on input from HSBA members and an interview with the nominee, but the communications and discussions that provide the basis for the rating are confidential.

When the American Bar Association conducts a similar evaluation of federal judicial nominees, it makes public a summary report to explain its findings.

By supreme court rule, sitting judges in Hawaii undergo periodic performance reviews. The Judicial Performance Committee surveys attorneys who have appeared before the judge on substantive matters, and the Judicial Evaluation Review Panel consults with judges about their evaluations. The evaluations are a potential source of information for the Judicial Selection Commission in making retention decisions. While the chief justice makes public a summary evaluation report for each court, evaluation results for individual judges are confidential.

In the ten states and D.C. where judicial performance evaluations may inform the retention or reappointment of judges, evaluation results for individual judges are made public in eight jurisdictions.

The most recent calls for reform in Hawaii were prompted by controversy surrounding the filling of a supreme court vacancy. The HSBA rated supreme court nominee Michael Wilson 'not qualified' but initially declined to explain its rating. In what may be a first for the HSBA, a representative later offered some justification, stating that at least six attorneys had expressed concerns about Judge Wilson's "work ethic, professionalism and his conduct toward women in the workplace." As a trial court judge for 14 years, Wilson had undergone several reviews of his performance, but those reports were not available to provide an additional perspective. Following hearings, the senate voted 23-1 to confirm Wilson.