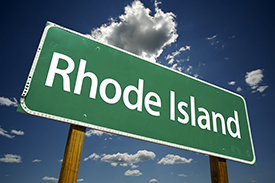 Rhode Island's judicial nominating commission met recently to discuss potential improvements to the commission's work. Much of the discussion focused on the transparency of the process.

Currently, the commission takes a public vote on whom to recommend to the governor “in minutes flat, with no discussion” of the applicants and their interviews. The panel's chair asserted that the commission should exercise its option to convene an executive session to allow for frank discussion. Other commissioners worried that “the perception of transparency would be trashed” and noted that some already believe the “die has been cast” when it comes to choosing judges.

Some commissioners expressed concern that the names of applicants chosen for interviews are published in the media before the applicants are informed. They fear that such disclosure has the potential to “destroy a law practice” and deters well-qualified attorneys from applying.

Commissioners also discussed the wisdom of the so-called “look-back law,” which the legislature first passed in 2007 and has renewed each year. The law allows the governor to make appointments from the current list of nominees submitted by the commission, or from any list submitted within the last five years. Critics of the law view it as an “end-run around the process,” since the objective is to “limit consideration for appointment to only the best qualified.”

The governor has allotted $7,500 to hire an expert to advise the commission on its procedures, with any proposed changes subject to a public hearing process. Nominating commissions around the country face the same tensions between transparency and applicant privacy, and we at IAALS hope the Rhode Island expert's recommendations will be shared with other commissions.

Rhode Island voters approved the creation of a judicial nominating commission to assist the governor in appointing judges in 1994. The reform was a response to scandals that plagued the judiciary in the 1980s and early 1990s.