Quality Judges is an initiative of IAALS dedicated to advancing empirically informed models for choosing, evaluating, and retaining judges that preserve impartiality and accountability. Through comprehensive analysis of existing practices and the collaborative development of recommended models, the Quality Judges Initiative empowers, encourages, and enables continuous improvement in processes for choosing, evaluating, and retaining judges.

United States Supreme Court Justice Sandra Day O’Connor (Ret.) launched the Quality Judges Initiative at IAALS in 2009. When she retired from the U.S. Supreme Court in 2006, she committed herself to two things she cares passionately about: judicial independence and civics education. Through her work on judicial independence, some key principles emerged. Fairness and impartiality are at risk in state court systems, particularly in regard to the methods for selecting state court judges. A commission-based gubernatorial appointment and retention election system is far preferable to contested elections for choosing judges, because it protects fair and impartial courts, keeps politics out of the process, and lets voters hold judges accountable for their performance on the bench.

Justice O’Connor worked with IAALS and the O’Connor Advisory Committee to develop what has become known as the O’Connor Judicial Selection Plan. The O’Connor Plan is a four-part recommended process for selecting and retaining state court judges who inspire public trust in our courts and the integrity of their decisions. The Plan calls for a judicial nominating commission to screen applicants and identify the best qualified candidates, appointment by the governor of one of those candidates, broad-based and objective evaluation of judges’ performance on the bench, and periodic retention elections in which voters have access to judicial performance evaluation results.

The need to ensure impartial and appropriately accountable judges has never been greater. In many states, judges have to run for office and raise money from people who appear before them in court, such as lawyers and litigants. Recent surveys indicate that 87 percent of the public believes judges’ decisions are influenced by these kinds of campaign contributions, and recent empirical studies confirm this influence. At the same time, judges are increasingly coming under attack for decisions in a single case or on a specific issue, whether it is same-sex marriage, abortion rights, tort reform, capital punishment, or taxation. These attacks tend to dominate the discussion when judges stand for retention or reelection.

IAALS believes that judges should decide cases based solely on the law, and that securing support from campaign contributors, special interests, and voters should not be a factor. We are dedicated to advancing ways of choosing, evaluating, and retaining judges that preserve their impartiality and accountability. 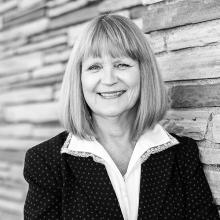