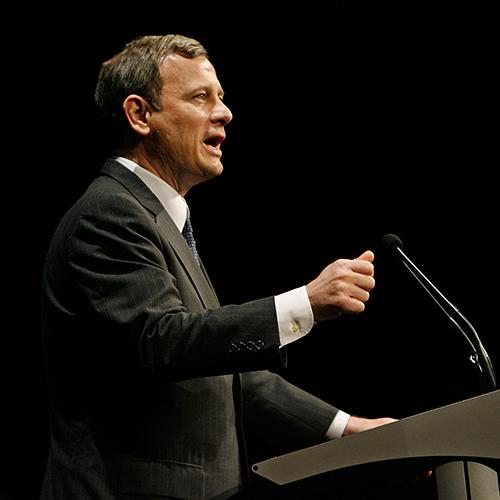 Last week, Chief Justice John Roberts dedicated his 2015 year-end report on the State of the Judiciary to extolling the new amendments to the Federal Rules of Civil Procedure. He stressed that these amended rules, when coupled with dedication by judges and attorneys to changing their behaviors, are an important step forward. He observes:

“The 2015 civil rules amendments are a major stride toward a better federal court system. But they will achieve the goal of Rule 1—the 'just, speedy, and inexpensive determination of every action and proceeding'—only if the entire legal community, including the bench, bar, and legal academy, step up to the challenge of making real change.”

The Chief Justice urges judges to undertake a renewed stewardship role, becoming engaged in the litigation process early and tailoring it to the needs of the case. He urges lawyers to "avoid antagonistic tactics, wasteful procedural maneuvers, and teetering brinksmanship."

His year-end report is a call to action—to the entire legal profession.

It is past time to snipe at one another, at the Rules, or at the system. Instead, it is time to take responsibility for ensuring that the system changes in a way that benefits litigants and that begins to restore the public’s confidence in justice.

As we said in The National Law Journal:

“Clearly, if there were one person I could identify who can lead the system toward change, it is the chief justice. There can’t be lip service anymore. There won’t be a judge or lawyer anymore who can say, 'It’s not my problem.'”

The Chief Justice writes about dueling, the accepted means of dispute resolution of long ago—and the change in culture that ultimately saw its demise. Even now, it is not a stretch to think about present day litigation as a sanctioned method of death by a thousand cuts. And, now as then, a change in culture is required.

Because enough is enough. Enough protecting the status quo. Enough with efforts to undermine or find hidden agendas in every effort to achieve positive change. We must move forward, together. It is time to recreate our legal culture and start to build a new vision for the future.

IAALS has been at work on this vision for a decade, and has advocated for change at both the state and federal levels. We teamed up with the American College of Trial Lawyers Task Force on Discovery and Civil Justice to produce the first set of recommendations in 2009 and the updated recommendations in 2015. We attended the Duke Conference, and undertook numerous empirical studies in advance of that Conference. We have encouraged and evaluated pilot projects that demonstrate that there are better ways to run the system.

And, in February of this year, we will hold our Fourth Civil Justice Reform Summit here at the University of Denver, to talk about how to implement these various changes in both the state and federal system and to make sure that their goals are realized—to create a more just, speedy, and cost-effective system for all.

We celebrate the change that has happened to date, and the extraordinary lawyers and judges who are leading it—including the Chief Justice.

We believe in our legal system. And we believe that it can be restored to excellence—as a foundation for our own lives and as a pathway to a better future.