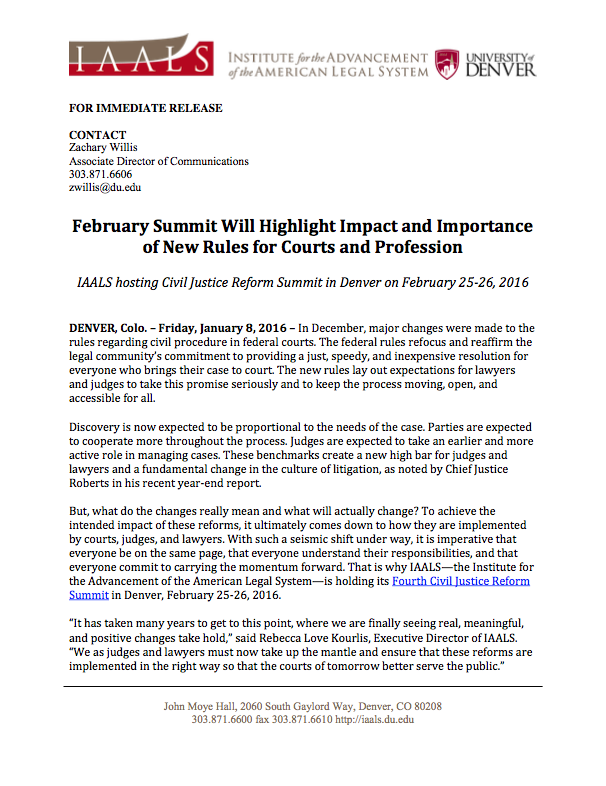 In December, major changes were made to the rules regarding civil procedure in federal courts. The federal rules refocus and reaffirm the legal community’s commitment to providing a just, speedy, and inexpensive resolution for everyone who brings their case to court. The new rules lay out expectations for lawyers and judges to take this promise seriously and to keep the process moving, open, and accessible for all.

Discovery is now expected to be proportional to the needs of the case. Parties are expected to cooperate more throughout the process. Judges are expected to take an earlier and more active role in managing cases. These benchmarks create a new high bar for judges and lawyers and a fundamental change in the culture of litigation, as noted by Chief Justice Roberts in his recent year-end report.

But, what do the changes really mean and what will actually change? To achieve the intended impact of these reforms, it ultimately comes down to how they are implemented by courts, judges, and lawyers. With such a seismic shift under way, it is imperative that everyone be on the same page, that everyone understand their responsibilities, and that everyone commit to carrying the momentum forward. That is why IAALS—the Institute for the Advancement of the American Legal System—is holding its Fourth Civil Justice Reform Summit in Denver, February 25-26, 2016.

“It has taken many years to get to this point, where we are finally seeing real, meaningful, and positive changes take hold,” said Rebecca Love Kourlis, Executive Director of IAALS. “We as judges and lawyers must now take up the mantle and ensure that these reforms are implemented in the right way so that the courts of tomorrow better serve the public.”

And, beyond changes to the federal rules, the Summit will be among the first events to host discussion on impending recommendations for the state courts, currently being refined by a committee of the Conference of Chief Justices, with assistance from IAALS and the National Center for State Courts. Those recommendations, which will be shared with the full conference of state chief justices later this month, will also be a key focus for the February Summit.

The Summit, entitled “Creating the Just, Speedy, and Inexpensive Courts of Tomorrow,” brings together experts on civil justice reform efforts at the state and federal level. The Summit will feature prominent panelists from all sides of the issues, both plaintiff and defense attorneys, as well as state and federal judges and court administrators.

Topics to be discussed include:

The Fourth Civil Justice Reform Summit will be held at the University of Denver Cable Center, 2000 Buchtel Blvd., Denver, CO 80210, from February 25-26, 2016. Information regarding event registration, agenda, faculty, or other details can be found at http://iaals.du.edu/CourtsOfTomorrow.

Be part of the solution. Be at the Summit. 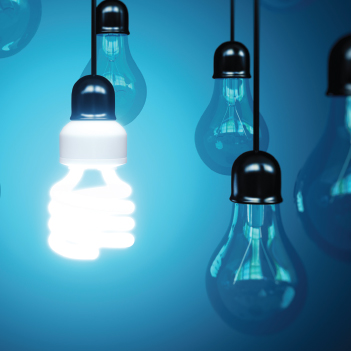