In August, the United States Courts published a new video in their “Court Shorts” series in which nine federal judges discuss the rule of law and the role it plays not only in our justice system, but in our day-to-day lives. Everything from buying breakfast to reading the mail is made possible by the rule of law. 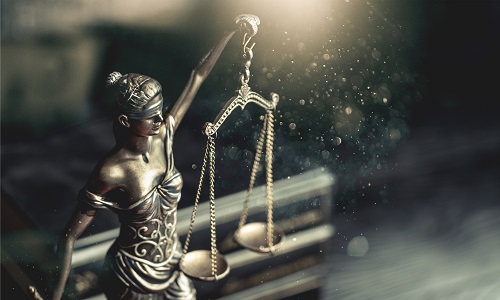 The rule of law, then, is dependent on a comprehensible, accessible legal system, as well as an independent judiciary. “No matter what their background, no matter where they came from, no matter what they look like—and that’s what I try to do every day is to apply the law fairly and evenly to every party that’s before me,” says Judge Karen Schreir of the U.S. District Court in Sioux Falls, South Dakota. But what if someone’s background or origin means that they don’t have enough money to hire a lawyer, even when the system is too complicated to navigate without one? Or what if they don’t trust judges to make decisions that are fair and impartial—and thus they don’t bother using the legal system altogether?

The rule of law isn’t just important, it’s the very heart of our legal system, and it is at the forefront of our work here at IAALS. Justice Sonia Sotomayor’s quote at the beginning of the video sums it up well: “I firmly believe in the rule of law as the foundation for all our basic rights.” Yet in order to make sure the rule of law remains central, legal processes must be comprehensible, the system must be accessible, and the judiciary must stay fair and independent—and the public has to see that and trust in it.

In an effort to get closer to achieving this vision, IAALS has partnered with the Hague Institute for Innovation of Law (HiiL) to conduct a first-of-its-kind national study, US Justice Needs, which will assess the needs of people of all income levels, across all regions of the country, as well as business needs. This information will inform new and more effective solutions to improve access to justice for all and, in turn, ensure that the rule of law is not just a lofty concept, but a reality for all.

The access to justice problem in the United States extends far beyond those of low income. People of all socioeconomic backgrounds face problems every day with unclear paths to resolution, as do businesses of all sizes. This first-of-its-kind project will assess the needs of our diverse populations nationwide, allowing for... END_OF_DOCUMENT_TOKEN_TO_BE_REPLACED