IAALS simply would not be what it is without the support of our partners and friends. They are essential to our efforts and hail from a wide range of backgrounds, viewpoints, and sectors. Every month, IAALS shines the spotlight on one such person and takes you behind the scenes for a lighthearted glimpse into those upon whose guidance and support we rely. Together we are advancing justice.

Without Ozzie, I am not sure where IAALS would be today. Ozzie connected us to the American College of Trial Lawyers (ACTL), and vouched for us. We then launched the ACTL/IAALS projects, which included surveys, reports, recommendations, the 2010 Duke Conference and much, much more. Because of those projects, IAALS achieved impact and visibility that might have otherwise taken years. Because of Ozzie, that seed was planted and ultimately thrived.

Ozzie served on our Board of Advisors for 10 years. He came to every meeting (except when he had his knee replaced). He took copious notes, and offered sage counsel at every turn. He was available for ACTL Task Force meetings across the country: meetings that went on for days as we debated the fundamentals of the civil justice system. He wrote me long emails from his beach house, musing about the direction our work should take and the possible strategies to get there. He introduced me to his family, kept me up to date on the accomplishments of his extraordinary grandchildren, and became what I hope will be a life-long friend.

Ozzie is an archetype, and so much more. He is a Southern gentleman, with a bow tie and an infectious charm. And, he is also a fervent fighter for civil rights, for an open and fair society and for the magic of the American dream. Each of us at IAALS misses Ozzie, and feels connected to him. We thank you, Ozzie, for all you have done for IAALS. We are immensely grateful.

Earlier this month, we caught up with Ozzie to bring you the most recent edition of Partner Profile.

How did you initially get involved with IAALS? When Becky was putting IAALS together, someone adeptly pointed out that she should consider including a recent past President of the American College of Trial Lawyers (ACTL) on the Board of Advisors. Somehow my name was discussed, and I sent along an article I wrote, called The Vanishing Trial and the Problem No One Wants to Talk About. Our ideas were in alignment and the next thing I knew Becky was on an airplane to Charlotte, North Carolina, for a closer inspection.

What is your idea of perfect happiness? A retirement community in Chapel Hill, NC, helps. Never being bored, having interesting things to do… for me, it might be figuring out how to say “no” to a few more requests. (chuckle) 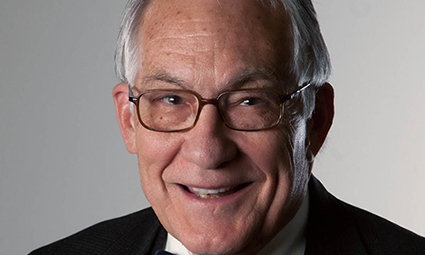 If you were stranded on a deserted island, what three things would you have? A good book, a kayak, and my wife of 61 years, Emily.

What is the trait you admire most in others? Humility… not putting one’s self first.

What is your greatest extravagance? Enjoying life and adventures with four married children, their spouses, and eleven grandchildren ranging in age from 9 – 24 years, the first six in six different universities.

Who are your favorite writers and why? My wife and I have been part of a monthly eight-couple book club since 1973, and so I have read a wide variety of fiction and non-fiction over fifty years. I’m sitting here looking at George Orwell’s Why I Write. I read a little John Grisham, a Chapel Hill neighbor and a fascinating lawyer-turned-writer.

Who are your heroes in real life? For a starter, Becky Kourlis, because she has the innate gift of inspiring and leading a group of people of similar mind to generate change for the betterment of others and society. In the beginning however, my parents, the first in their families to attend college: the mother who saved a magazine article that led her son from a small southern town to Phillips Andover and the father who, six years before Harper Lee wrote To Kill a Mockingbird, brought me to watch before an all-white jury as he saved an innocent black man from the electric chair.  And finally, my mentor, Judge James Bryan McMillan, who, when Senator Sam Ervin asked the local Charlotte bar to choose its next federal judge, took a huge pay cut to go onto the bench, becoming a leader among the courageous southern judges who used their authority to force their neighbors to face and deal with the ugly truth of a segregated society. 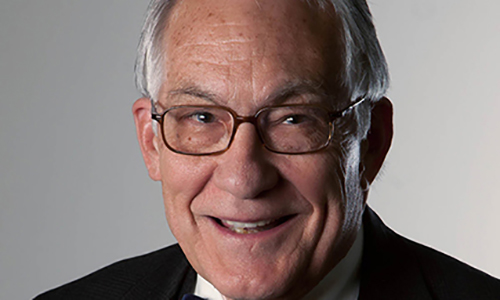