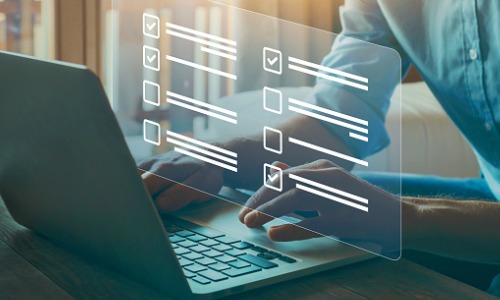 In October 2022, the National Center for State Courts (NCSC) commissioned its ninth State of State Courts survey of one thousand registered voters to gauge levels of public trust and confidence in our judiciary and broader institutions.

Results revealed that public trust and confidence across a swath of governmental and societal institutions—from local police departments to state legislatures to governors—is on the decline. Yet this downshift is most substantial in the United States Supreme Court, with only 53 percent of respondents saying they have either a great deal of confidence or some confidence in the Court (compared to 63 percent in the previous year). This is especially startling when one considers that, just five years ago, confidence in the Supreme Court stood at 76 percent.

“Just as troubling, Americans are losing faith in the courts’ ability to deliver on the key promise of equal justice for all,” the NCSC said. “On this measure, the gulf between white and people of color is wide.” For example, when asked how the phrase provides equal justice for all described state courts, nearly half of white respondents said well or very well, while only 30 percent of Black respondents and 38 of Hispanic respondents said the same. This racial gap has persisted throughout almost every State of the State Courts survey—in 2015, the data revealed that “African-Americans express significantly less faith in the courts than the population as a whole.”

Despite these continued downturns, there were a few positive takeaways from the survey. Public approval of state courts’ job performance has improved slightly, and comfort levels with remote appearances are on the rise, with nearly 60 percent of respondents saying they would definitely or probably use video to appear for a case before the court. This type of data is immensely valuable; while judicial discretion plays a role in determining in-person versus remote appearances, as does the type of case and type of hearing, it is essential that litigants and everyone who takes part in our justice system have a voice as well.

Soliciting feedback directly from the public and those who use or have used the system is a crucial component of civil justice reform, and the State of the State Courts survey provides helpful insights that courts can use moving forward.