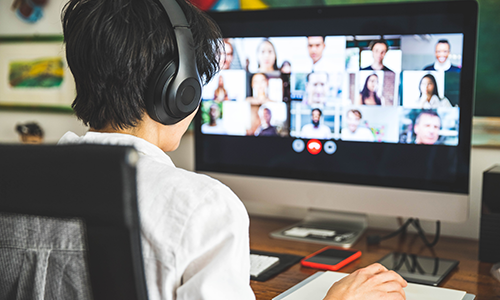 Earlier this month, the Civil Justice Council in England and Wales published a report on the impact of the COVID-19 pandemic on civil court users. Like the rest of the world, these two countries have had to adapt to new realities, including those related to the justice system. In late March, the judiciary published its Protocol Regarding Remote Hearings to help guide the County Court, High Court, and Court of Appeal as they transitioned from conducting court business in-person. Now, with the assistance of the Legal Education Foundation, the council has conducted a rapid review of the remote hearings in order to assess what is and isn’t working, as well as how to best move forward.

The review was conducted May 1–15, and had three purposes:

Over one thousand people responded to an online survey, and over one hundred people attended a remote consultation meeting. The council examined the experiences of both lawyers and everyday people who took part in the remote hearings, although the majority of the respondents to the overall survey were lawyers. Generally, respondents were satisfied with their experience of remote hearings, with 71.5 percent describing their experience as positive or very positive. “These findings suggest tentative support for reserving remote hearings for matters where the outcome is likely to be less contested, where the hearing is interlocutory in nature and for hearings where both parties are represented.”

Despite their satisfaction, the majority of lawyers still felt that remote hearings were worse overall in comparison to in-person hearings, citing them as less effective for facilitating participation (something imperative to procedural justice) as well as more tiring to participate in—particularly those that were conducted via video.

The survey received only 11 complete responses from nonlawyers and self-represented litigants. These respondents expressed concerns regarding the impact of the hurried shift to remote hearings, including a lack of pre-hearing communication from the court staff, potential barriers to effective participation (e.g., interpreters for non-English speakers), and a lack of access to technology.

The council’s report also covered remote hearings’ impact on transparency. Journalists and court reporters were largely able to attend remote hearings; in fact, “[s]ome respondents reported that remote observation has increased the number of hearings it is possible to attend, improving their ability to cover a range of cases.” However, access for the wider public proved more difficult, and respondents expressed concern that media access was being treated as equivalent to transparency.

The Civil Justice Council outlined several recommendations—made by respondents—to support the continued operations of civil justice in the short to medium term. These included:

Dr. Natalie Byrom, Director of Research at the Legal Education Foundation, stressed the need for data collection as the courts moves forward. “The findings underscore the vital need to invest in robust systems for capturing data in order to review the operation of the civil justice system and build the evidence base for effective practice. Improving the data that is collected is vital to make the voices of litigants in person and lay users of the justice system heard.”

The council intends to use the report to inform further research and review.

IAALS’ work long reflects the importance of collecting data; this imperative was built into both the Civil Justice Initiative Recommendations and the Family Justice Initiative Principles. As they both highlight, smart data collection is essential to the effective administration of justice because courts cannot manage what is unknown. The systematic collection of descriptive information about cases, processes, and people will help courts better gauge the effectiveness of their management efforts. To take it one step further, courts should also be actively collecting and analyzing user-centric measures (e.g., customer satisfaction) to determine whether parties’ needs are being met. Data collection of this scope is necessary for any justice system evaluation to ensure litigants are heard and help courts identify areas for improvement.