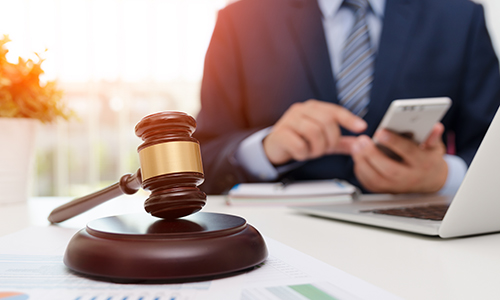 The governor’s legal team claimed the judge’s actions raised questions about his impartiality, and the chief justice agreed. In the nine-page decision, Justice Minton ultimately concludes that “Judge Shepherd’s ‘like’ may reasonably be perceived as a public endorsement of a candidate’s campaign, that the candidate is a party in this case, and that this case involves a central issue in that candidate’s campaign, this is one such circumstance. Accordingly, Judge Shepherd must be disqualified from further presiding over this case.”

Prior to being removed from the case, Judge Shepherd had defended his impartiality, drawing attention to the fact that he’d also liked posts supportive of Bevin’s campaign as well as other Republican and Democratic candidates. Yet Justice Minton asserted that those likes “constitute additional violations of Rule 4.1(A)(3)”—the rule prohibiting judges from publicly endorsing a candidate for any public office.

Justice Minton puts it well: “As the Judicial Ethics Commission wisely admonished in its 2010 opinion, these services are ‘fraught with peril’ for judges and should be used with extreme caution. While judges are not ethically prohibited from using social media, their use is subject to the Code of Judicial Conduct in the same manner as other extrajudicial activities. Judges should review their social-media presence to ensure it does not violate the Code of Judicial Conduct and should act prudently when ‘liking’ pages, posts, or tweets or otherwise interacting with other users on social media.”