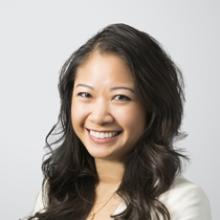 A recent study by IAALS board member Russell Wheeler, a Visiting Fellow at the Brookings Institution, analyzes the politics behind the high number of judicial vacancies without nominees. Wheeler examines judicial nominations during the Obama administration and hypothesizes that delays from the White House, combined with tensions between the political parties, are responsible for the high number of long-lasting, nominee-less judicial vacancies and to the longer periods between vacancy and nomination. As a solution, Wheeler suggests more transparency in the pre-nomination process and recommends that the country consider a proposal in which the White House publishes the status of pre-nomination negotiations, although not the names of the potential nominees themselves. This proposal would shed more light on the vacancy problem and allow senators to "call out what they regard as misleading administration information, bringing the dispute into the open for verification." Ultimately, this transparency may help repair and hasten the overall judicial nomination and confirmation process.

Cindy Pham is a third year law student at the University of Denver Sturm College of Law and contributes to IAALS Online. Please direct inquiries about this post to iaals@du.edu.