Under Pandemic Lockdown, Domestic Abusers Can Use Technology to Tighten Their Grip 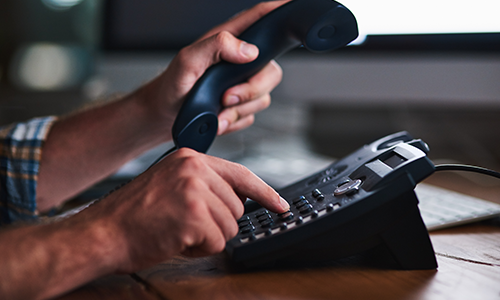 Domestic violence affects millions of people across the world. The United Nations reports that, in 2017 alone, more than 50,000 women were killed by intimate partners or family members. And, of course, in 2017 we weren’t in the middle of a pandemic—during which domestic violence victims are often forced to stay at home with their abuser.

Unfortunately, London isn’t alone: in March, San Francisco, CA, saw a 60% increase in domestic violence reports; Cherokee, SC, a 35% increase; Houston, TX, a 20% increase; Charlotte, NC, an 18% increase; and Phoenix, AZ, a 6% increase. And the United Nations estimates that six more months of lockdown could lead to more than 60 million incidents of domestic violence worldwide. While we might not have control over when the lockdowns are lifted, we can take the first step toward minimizing this universal phenomenon—we can start talking about it.

On April 22, the Association of Family and Conciliation Courts (AFCC) did just that by hosting a webinar on The Intersection of Technology, Domestic Violence, and Family Courts during COVID-19, sponsored by Our Family Wizard and Soberlink. The webinar focused on technological tools we use on a daily basis and how they can become lethal weapons when intimate partner violence is involved. The following are just a few of the everyday technologies that abusers are able to use to their advantage.

Landlines may be considered a thing of the past, but in 2018 over 40% of American households were still using them. Cordless landline phones may seem harmless, but their calls can be intercepted by scanners, baby monitors, and other cordless phones. This allows the abuser to listen in on any calls made by the victim, which is especially troubling for any calls made to 911 or abuse hotlines. And when these phones are needed in an emergency, low battery or limited coverage can cause huge problems because the victim would have to stay in the home in order to call for help.

Cell phones can cause even bigger issues. There are apps that give callers the ability to change the number shown on caller ID and the number that text messages come from. This gives abusers the chance to make it look like s/he received a phone call or text message from the victim—and subsequently use that as evidence against the victim in court. One potential way around this is for the victim to get their own phone’s records from their network provider, showing what calls and texts were really made. Yet, this is easier said than done, particularly if their phone is registered in their abuser’s name.

An even scarier app is MobiSpy. It boasts itself as the leading parental control app for smartphones, but it can—and is—used for much more sinister purposes. An abuser can easily install it on the victim’s phone without the victim knowing, because it doesn’t appear on the phone’s main screen like other apps. Once on the victim’s phone, the abuser from their own phone can see, read, and listen to every text and call made, and can even track the victim’s location.

One other tool mentioned during the webinar was Bluetooth. Many people use Bluetooth on their devices because it’s wireless, inexpensive, and effortless. However, there are other inexpensive devices that allow people to break into Bluetooth devices and see everything they are doing on the device. And depending on the phone you use, you may never even notice it happening.

While our focus here is on the ways technology can be harmful, there are also ways technology provides advantages to domestic violence victims—such as text messaging. In many areas, people can text 911 instead of having to call. This provides victims with the ability to better hide their outreach to 911 while stuck in the same home as their abuser.

The more we’re aware of our devices’ strengths and limitations, the better we can protect ourselves and our loved ones from those who mean us harm. With knowledge comes power, and power is one thing domestic violence victims can never have enough of.