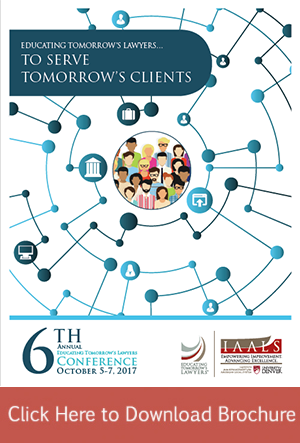 As the institutions entrusted with educating lawyers, law schools are uniquely positioned to ensure that new lawyers are not only prepared to enter the profession, but also to serve clients. The 2017 Educating Tomorrow’s Lawyers Conference put clients front and center by exploring client needs; by showcasing lawyers, organizations, and others leading the way to improved delivery of legal services; and by tapping into the collective wisdom of innovative legal educators to bring these concepts to life in law schools.

10:00 a.m.  Session: How Legal Services Are Adapting to the Needs of Legal Consumers

2:00 p.m.  Session: Preparing Students to Meet Clients Where They Are 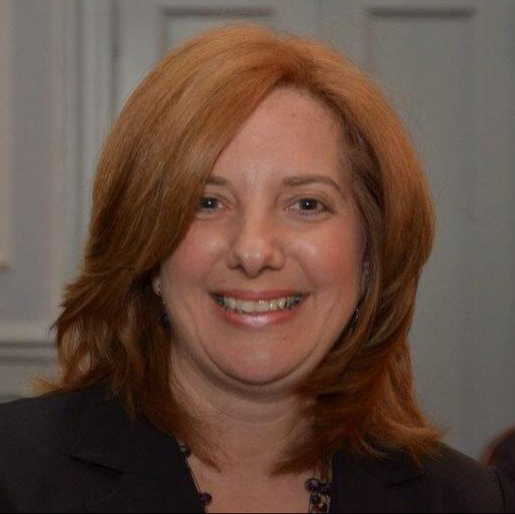 Gina Alexandris is the Senior Program Director of Ryerson’s Law Practice Program, responsible for the development, implementation and general management of the new program and for ensuring academic excellence and the quality of service and program delivery for participants. With a passion for adult education, leadership and diversity, she completed her M.Ed. in 2012 and her Coaching Certification in 2017. She developed and directed the award-winning Internationally Trained Lawyers Program at the University of Toronto’s Faculty of Law and spent more than 12 years with Osgoode Hall Law School of York University, first as Director of Career Services, followed by nine years as the Assistant Dean of Student Services. Between 2013 and 2014, Gina was the Director, Strategic Planning and Knowledge Management for the Legal Services Division of the Ministry of the Attorney General of Ontario. Following her graduation from Osgoode Hall Law School , she began her legal career practicing family law and civil litigation in Toronto, Canada. 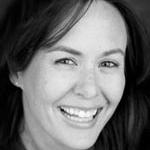 Amy Bauer, a Legal Writing Professor at Colorado Law, has served as Faculty for the Tech Lawyer Accelerator since its inception and became Director in 2016. In addition to teaching Legal Writing I and II to 1Ls, Amy developed and teaches both Transactional Drafting and Deposition Skills. She is also the Co-Director of the Master of Studies in Law in Ethics & Compliance. Prior to joining Colorado Law in 2010, she practiced as a civil litigator for eight years following a clerkship for the Honorable JoAnn Vogt of the Colorado Court of Appeals. In practice, her focuses were commercial, employment, and intellectual property litigation, including serving as part of the national counsel team to the Recording Industry Association of America and their member companies in lawsuits involving the illegal copying and distribution of sound recordings through online file-sharing programs. 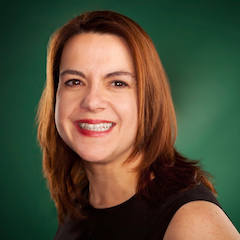 Kelly Phillips Erb writes about tax and tax policy, including tax-related security and technology issues, at Forbes. She was previously a managing shareholder at The Erb Law Firm, P.C., where she focused on tax law for businesses and families. Kelly has published four books together with Forbes, has written about taxes for Trulia, Reuters, Time, and AOL’s WalletPop, and has explained taxes in plain English for Esquire, National Public Radio’s Marketplace, CBS Radio’s Marketwatch, Inc., and the Philadelphia Inquirer. Kelly earned her law degree and Masters of Law in Taxation from Temple University School of Law in Philadelphia. 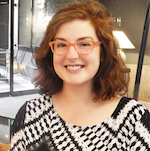 Margaret Hagan is the Director of the Legal Design Lab and a lecturer at Stanford Institute of Design (the d.school).  She was a fellow at the d.school from 2013-2014, where she launched the Program for Legal Tech & Design, experimenting in how design can make legal services more usable, useful & engaging. She teaches a series of project-based classes, with interdisciplinary student groups tackling legal challenges through user-focused research and design of new legal products and services.  She also leads workshops to train legal professionals in the design process, to produce client-focused innovation.  Margaret graduated from Stanford Law School in June 2013. She holds an AB from the University of Chicago, an MA from Central European University in Budapest, and a PhD from Queen’s University Belfast in International Politics. 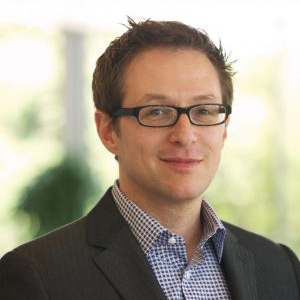 Edward Hartman is co-founder of LegalZoom and has served in several key roles, including Chief Product Officer. Prior to LegalZoom, Edward was the Chief Technology Officer at TROON, a creator of the web apps MajorFind and Megaphone, and a board member for the Project Management Institute. He is currently on the board of the Brent Shapiro Foundation. He received a B.S. in Computer Science and a B.A. in Anthropology from Yale University, and an M.B.A. from the Wharton School. 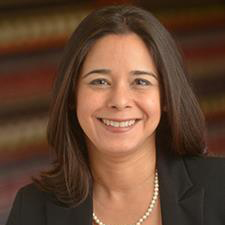 Luz E. Herrera is a Professor of Law and Associate Dean for Experiential Education at Texas A&M School of Law. Dean Herrera promotes entrepreneurial efforts to address the access to civil justice gap. Before entering academia, Dean Herrera ran her own practice and founded Community Lawyers, Inc., a non-profit organization that encourages access to affordable legal services and develops innovative opportunities for legal professionals in underserved communities. Dean Herrera currently serves as a special advisor for the American Bar Association’s Commission on Hispanic Legal Rights and Responsibilities. Prior to her current position, Dean Herrera was the Assistant Dean for Clinical Education, Experiential Learning and Public Service at UCLA School of Law. Dean Herrera is a graduate of Stanford University and Harvard Law School. 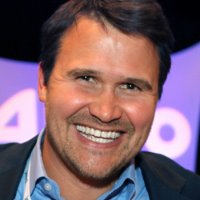 Dan Lear is a lawyer, blogger and legal industry gadfly. As a technology-focused business lawyer, Dan advised companies from startups to the Fortune 100, helping to develop agreements and terms for early cloud services offerings well before "the cloud” was an everyday norm. In 2014, Dan joined Avvo, an online legal marketplace, where he is the Director of Industry Relations and frequently speaks to lawyers and bar associations. Dan has been mentioned, featured, or published in The ABA Journal, Law Practice Today, Law Technology News, NWLawyer, Above the Law and other legal industry press. In 2015 he was named to the FastCase 50 – a group of entrepreneurs, innovators, and trailblazers in the legal profession – and in 2014 Dan was honored with the Washington State Bar Association President's Award for his participation in and advocacy of legal technology projects locally and nationally. Find him on Twitter at @rightbrainlaw or on the web at http://rightbrainlaw.co/. 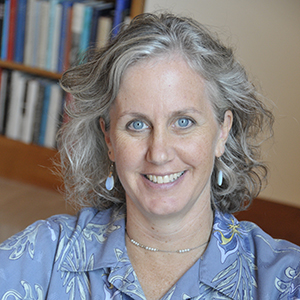 Paula Littlewood joined the WSBA staff as Deputy Director in September 2003 and became the Executive Director in May 2007. Paula is a graduate of the University of Washington School of Law and also received a master’s degree in International Studies from the UW. Prior to law school, she was a professional campaign coordinator and fundraiser here in the state, working both on statewide candidate and initiative campaigns as well as local legislative races. She also taught English in Taiwan for 2 years and spent another 10 months traveling in China and Southeast Asia. After law school, she served as Assistant Dean for Administration and Public Relations at the UW Law School for 5 years, then spent a year in Telluride, Colorado, before joining the WSBA. In addition to her full-time position as Executive Director of the WSBA, she is a member of the Executive Committee of the University of Washington School of Law’s Leadership Council; serves as Treasurer of the International Institute of Law Association Chief Executives (IILACE) and on its Program Committee; she is also a member of the IAALS Board. She recently served on the American Bar Association’s Commission on the Future of Legal Services, co-chairing its Regulatory Opportunities Subcommittee, and was a member of the ABA’s Task Force on the Future of Legal Education. 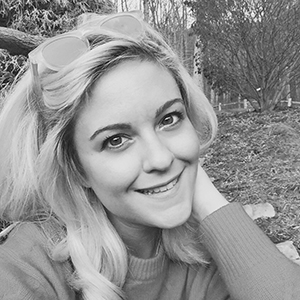 Erika studies cross-cultural communication and the impact of creativity and technology in the changing legal landscape. She received her B.S.F.S. in Science, Technology, and International Affairs from the Edmund A. Walsh School of Foreign Service at Georgetown University and completed coursework at Peking University and East China Normal University. She received her J.D. from the University of Miami, where she was Managing Editor of Miami Law Review, Law School representative to the University Board of Trustees, and a James Weldon Johnson/Robert H. Waters Scholar. At Miami Law, Erika teaches Innovation, Technology, and the Law with Michele DeStefano. Erika is also a visiting professor at IE University in Madrid, Spain. She is a Miami Trustee for the Awesome Foundation, sits on the National Advisory Council for Law School Transparency, is an active member of the Georgetown University Alumni Admissions Program, and serves as Co-Chair of the Class of 2008 Alumni Committee. 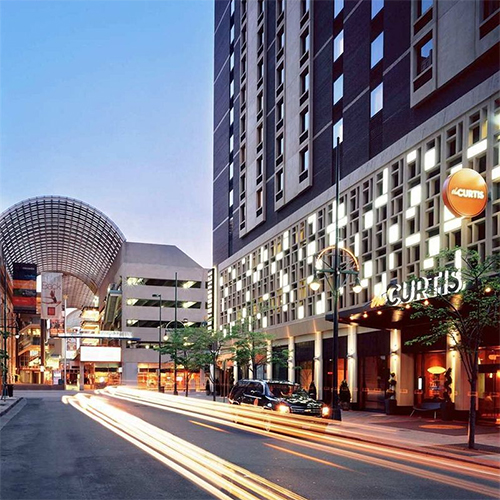 Contemporary design meets good old-fashioned fun at this unique hotel in downtown Denver. Discover a vast array of arts, entertainment, and sports venues near Curtis Denver – a DoubleTree by Hilton Hotel. Be welcomed with a warm chocolate chip cookie on arrival. Play a game of rock-paper-scissors, and then browse our Denver hotel’s library. The Five & Dime store brims with treats from the past. Each guest floor is designed to reflect a pop theme from TV to music to art or sports and beyond.

We have reserved a block of rooms for the nights of Wednesday, October 4; Thursday, October 5; and Friday, October 6. The group room rate is $219.00 per night; this rate is available for reservations made by Thursday, September 14, or until the room block is full, whichever comes first. If you would like to arrive early or stay after the conference, our group rate is being offered based on availability, 2 days before and 2 days after these dates. This year our conference overlaps with one of Denver’s biggest events, the Great American Beer Festival. Because of this, the hotel will not be able to extend our room block beyond our cut-off date of September 14. We recommend you reserve your room as soon as possible.  Please make your reservation here.

The University of Denver maintains Privacy Guidelines at http://www.du.edu/privacy and endeavors to take reasonable precautions to maintain privacy and security within the sphere of its operations.

For questions or information about the agenda or program of the conference please contact Caitlin Anderson, Legal Assistant, Educating Tomorrow’s Lawyers, caitlin.anderson@du.edu or 303-871-6624.