As part of our Redesigning Legal Speaker Series, on July 28, IAALS and its partners explored alternative lawyer licensing programs, how they differ from the current bar exam, what some jurisdictions are already testing, and how these alternatives might impact the profession.

The licensure process demands an extra measure of competence and dedication from individuals before entering the legal profession, with the bar exam being the predominant pathway in almost all states. But recently, many in the profession are asking whether we can improve our traditional system by building upon new data, adapting to new challenges, and redesigning how we license new lawyers.

Logan Cornett serves as IAALS’ director of research. In this role, she works closely with IAALS leadership in developing research questions for investigation, designing and conducting studies to answer identified research questions, manipulating and analyzing both quantitative and qualitative data sets, and producing formal reports detailing findings and results. She has published empirical research on a variety of law-related topics, including evaluations of the out-of-court divorce model developed at IAALS, experiences of those who represent themselves in family cases, legal education, and pilot projects implementing proposed procedural rules changes, among others. 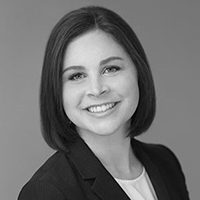 Joanna Perini-Abbott is a principal at Angeli Law Group. She began her career as a federal public defender and then transitioned to associate at Perkins Coie practicing civil litigation. Now her practice combines high stakes civil litigation and white-collar criminal defense. She is also still active in taking appointed public defense cases from the federal court for the District of Oregon. She has been on the Board of Bar Examiners for the past 6 years and was vice chair and chair through 2020 and 2021 as the COVID-19 pandemic hit. In 2021 she was the chair to the Alternatives to the Bar Exam Task Force that recommended to the Oregon Supreme Court two pathways to licensure in lieu of the bar exam. In January of 2022, the Oregon Supreme Court approved in concept the two alternative pathways and ordered the Oregon State Bar Board of Bar Examiners to convene a committee to further develop the programs for final approval and implementation. Perini-Abbott is the chair of that development committee. 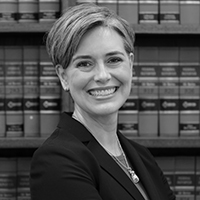 Louisa Heiny is the associate dean for academic affairs and a professor in the S.J. Quinney College of Law, where she teaches evidence, legal writing for judicial clerks, and judicial process. She also teaches and advises in the Academic Support Program and worked on diploma privilege licensing during the COVID-19 pandemic. She received the Peter J. Billings Excellence in Teaching Award in 2015 and 2019, as well as the Outstanding Faculty Award in 2016, 2017, and 2019. She is co-author of Five Words That Changed America: Miranda v. Arizona and the Right to Remain Silent, as well as the textbook Judicial Process: Cases and Materials. Prior to teaching at the University of Utah College of Law, Professor Heiny was a professor of legal writing at the University of Colorado Law School from 2003 to 2009. While at CU, she taught legal writing, appellate advocacy, trial advocacy, criminal procedure, and criminal law. In her first year, the student body named her Outstanding New Professor. 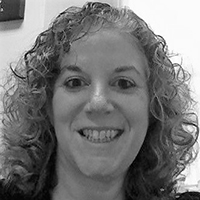 Donna Hershkowitz was first admitted to the State Bar of California in 1994. Following work in a nonprofit, public interest organization, Hershkowitz served in all three branches of California state government, starting in the legislative branch as counsel to Assembly Judiciary Committee. Hershkowitz moved on to work in the then-newly formed State Department of Child Support Services. Following a brief return to the Legislature, she moved to the judicial branch, where she worked for 10 years in leadership positions at the Judicial Council of California. Hershkowitz joined the state bar in 2016 as assistant chief trial counsel in the state bar’s attorney discipline office. In 2017 she moved into the state bar leadership team, first as chief of mission advancement and accountability, and in early 2018 was appointed to chief of programs, which oversees the Offices of Access & Inclusion, Admissions, Professional Competence, and Professional Support & Client Protection. Hershkowitz served as interim executive director of the state bar for 18 months, after which she returned to the role of chief of programs, and added state bar legislative director to her responsibilities.

Redesigning Legal: Redesigning How We License New Lawyers from IAALS on Vimeo.