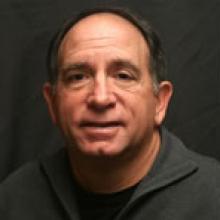 Dr. Shienvold is the managing partner of Riegler, Shienvold and Associates, a comprehensive psychological practice in Harrisburg. He received his B.A. from Colgate University in 1972 and his M.A. and Ph.D. in Psychology from the University of Alabama in 1976 and 1977 respectively. Dr. Shienvold has been in private practice since 1980. His practice centers around his expertise in the areas of child custody evaluation, family mediation and psychotherapy. Dr. Shienvold has presented numerous lectures throughout North America, including seminars and workshops on custody issues and family mediation to the Dauphin, Cumberland and York County Bar Associations, the American Academy of Matrimonial Attorneys, Pennsylvania Academy of Matrimonial Attorneys, the Pennsylvania Bar Institute, the Pennsylvania Psychological Association, the Association of Family and Conciliation Courts, the Alberta Mediation Society, and the Association for Conflict Resolution. He is a past President of the Academy of Family Mediators, the Association of Conflict Resolution, and the Association of Family and Conciliation Courts. He was a member of the AFCC task force to develop model standards for custody evaluators.

Dr. Shienvold is a former member of the Honoring Families Advisory Committee at IAALS.