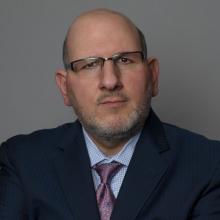 Before his appointment to the district court bench, Justice Samour worked as a prosecutor in the Denver District Attorney’s Office for approximately ten years. Prior to becoming a prosecutor, he worked in civil practice for almost five years at Holland & Hart LLP. His first job out of law school was a one-year clerkship with the Honorable Robert McWilliams in the United States Court of Appeals for the Tenth Circuit.

Justice Samour was born in El Salvador. He immigrated to the United States when he was 13 years old after his family was forced to flee El Salvador during a time of political upheaval. He grew up in Littleton, Colorado, where he graduated from Columbine High School. Justice Samour subsequently graduated with honors from the University of Colorado at Denver. In 1990, he graduated Order of St. Ives from the University of Denver Sturm College of Law.