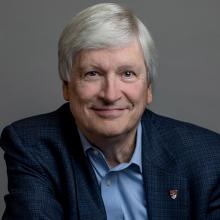 Doug Scrivner, former General Counsel of Accenture, retired in 2011 after 31 years with the company and 14 years as General Counsel. During his tenure, he built a legal group of over 400 lawyers in 35 countries and also oversaw the company’s government relations function and served as Corporate Secretary, Compliance Officer and as a member of Accenture’s Executive Leadership Team.

Mr. Scrivner received an A.B. in political science and history from Duke University, an M.Sc. in international relations from the London School of Economics, and a J.D. from the University of Denver Sturm College of Law.