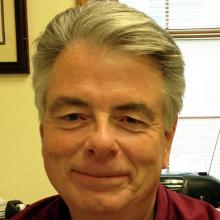 Director of Communications, The Missouri Bar

Gary Toohey is Director of Communications for The Missouri Bar, a position he has held for 32 years following several years as a reporter, editor, and publisher at newspapers in Missouri, Tennessee, and Georgia.

A 1978 graduate of the University of Missouri School of Journalism, he is a member of Kappa Tau Alpha, the national journalism honor society.

Among other duties, he serves as editor of the Journal of The Missouri Bar, and is also the primary staff person for Missouri’s judicial performance review process.

He is also the 2003 recipient of the E.A. “Wally” Richter Leadership Award from NABE’s Communications Section.