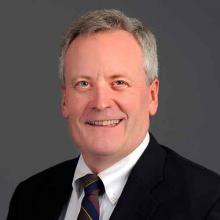 Gregory J. Kerwin is a litigation partner in Gibson Dunn's Denver office, experienced in handling major trials and appeals. He served as Partner-in-Charge of the Gibson Dunn Denver office from 1998 to 2003. He is ranked in Chambers USA: America's Leading Lawyers for Business as a leading litigation lawyer.

Mr. Kerwin wrote chapters on appellate standards of review and preparing certiorari petitions in A. Gill, Colorado Appellate Law and Practice (West 3d ed. 2018). He co-chaired seminars on Colorado appellate practice in 1997 and 1999 and was a speaker or moderator on Colorado appellate practice at programs in 2001, 2003, 2005, 2007, 2008, 2009, 2011, and 2014. He and a Gibson Dunn colleague co-authored the chapter on Tenth Circuit practice for the American Bar Association Council of Appellate Lawyers’ treatise, called the Appellate Practice Compendium (2012). He served as President and Chairman of the Board of Directors of the Tenth Circuit Historical Society between 2008-2011, and continues as a Director of that Historical Society.