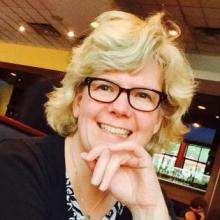 With a deep background in designing and implementing access to justice initiatives for legal aid, the courts, and private practice, Katherine’s philosophy throughout her career has been to build common sense, consumer-oriented solutions by learning, innovating, and sharing. After clerking for a trial court judge, Katherine worked at Alaska Legal Services Corporation, initially handling DV matters and later as the Aging Grant Coordinator.

In 2001, Katherine joined the Alaska Court System to develop the statewide Family Law Self-Help Center, which resulted in the nation's first virtual self-help center. Operating solely through telephone and Internet capabilities, the Center was also one of the early TIG grantees. In 2008, Katherine moved to private practice, establishing a successful unbundled practice supporting self-represented litigants in Alaska, and helped to create the first Unbundled Law Section of a state bar. An early member of Self-Represented Litigation Network, she has led the SRLN since August 2013. Katherine is particularly interested in building delivery systems for rural and vulnerable populations and creating community based legal assistance environments that prioritize judicial engagement and leadership to re-imagine services and approaches used by the private bar, legal aid, court staff, and non-legal community providers so that everyone can get the legal help they need, when they need it, in a format they can use. Katherine sits on the Advisory Committee for Voices for Civil Justice, serves as the Senior Advisor to the Justice for All Project, and is a Non-Resident Senior Fellow at the Georgetown Institute for Technology Law and Policy. Katherine, a graduate of Northwestern University and Seattle University School of Law, resides in Virginia.