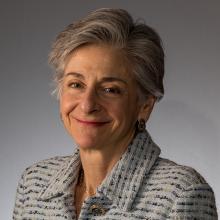 Judge Lee H. Rosenthal was appointed a United States District Court Judge for the Southern District of Texas, Houston Division in 1992. Before then, she was a partner at Baker & Botts in Houston, Texas, where she tried civil cases and handled appeals in the state and federal courts. She received her undergraduate and law degrees from the University of Chicago and served as law clerk to Chief Judge John R. Brown, United States Court of Appeals for the Fifth Circuit.

Judge Rosenthal is a member of the American Law Institute, where she serves as an advisor for the Employment Law project and the Aggregate Litigation project and was an advisor for the Transnational Rules of Civil Procedure project. In 2007, she was elected to the ALI Council and has served as chair of the Projects Committee. Judge Rosenthal has taught, written, and lectured extensively, concentrating on topics in complex litigation and civil procedure, including class actions and electronic discovery.

Judge Rosenthal is a former member of the IAALS Board of Advsisors and also serves on the Board of Trustees of Rice University, chairing the Academic Affairs Committee, on the Board of Trustees for Baylor College of Medicine, and on the Duke University School of Law Board of Visitors. Judge Rosenthal is the 2012 recipient of the Lewis F. Powell, Jr. Award for Professionalism and Ethics given by the American Inns of Court. She and her husband have four daughters.