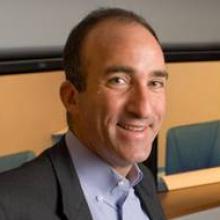 From 1992-1999, Paul Lippe was an executive at Synopsys, an electronic design automation company. During that time Synopsys grew from $63MM to $800MM in revenue. Paul was at various times Senior Vice President, General Counsel, and ran Business Development and Corporate Marketing.

Paul is a graduate of Yale College and Harvard Law School. He is married to Nancy White Lippe and they have 4 children. When not on the Ramp, Paul splits his time between Concord MA, Moffett Field, CA, Blue River, CO, the Acela and Virgin America.