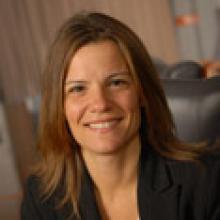 Prior to joining Albany Law School in 2007, Professor Queenan was Assistant General Counsel for the Patrolmen’s Benevolent Association of the City of New York, Inc., where she represented the Union in various court actions and arbitrations, and advised the Board of Trustees on issues involving the Union’s affiliated Health and Welfare Funds. She also served as an Assistant Attorney General in the Litigation and Civil Rights Bureaus of the New York Attorney General’s Office, where she defended various state agencies in state and federal court actions and investigated potential claims of discrimination. Before that she was an associate in two private litigation firms, where she represented clients in commercial, products liability, and general negligence actions.