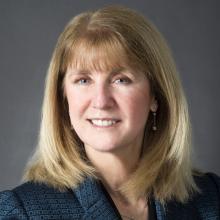 While serving in the federal court system, Ms. Carter was involved in several national committees related to budget and finance, staff workload and funding, interpreters, and technology. She also traveled to the Republic of the Marshall Islands, Russia, Philippines, Guam, and Palau to assist their judicial systems with budget formation, jury development, management reviews, and court administration. In 2002, she received the Director’s Award for Outstanding Leadership from the Administrative Office of the United States Courts.

Ms. Carter is a former member of the IAALS Board of Advisors.