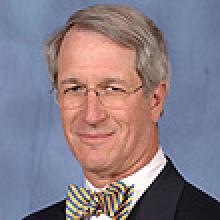 Stephen P. Ehrlich is Adjunct Professor at the University of Denver Sturm College of Law.

In 1974 Steve became the Chief Deputy Clerk of the United States District Court for the District of Colorado. He served in that position for 33 years before retiring.

Steve has been involved with the M.S.L.A. Program, formerly known as the M.S.J.A. Program, since the late 1970’s. He presently serves as an adjunct professor in this program. In “retirement” Steve is now serving as a consultant for the Institute for the Advancement of The American Legal System, a think tank at the University of Denver. He also is doing court consulting for the Justice Management Institute. Steve has published articles in the Court Manager and the Court Clerk, a magazine for court administrators in Japan.

When with the federal judiciary he was actively involved in educational programming both as an instructor and with program development.

Steve was admitted to the Colorado Bar in 1974 and remains a member of that bar, and those of the United States District Court for the District of Colorado and Tenth Circuit Court of Appeals.

Steve graduated with a B.S.B.A. in Business Administration from the University of Denver. He then received his J.D. in 1974 from Washington University in St. Louis, Mo.