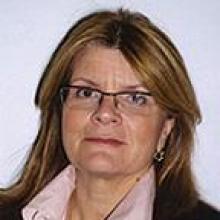 Goldschmidt has been engaged in the private practice of law, predominately in the field of matrimonial and family law, for more than 30 years. Her experience in this field is immeasurable and includes the litigation of all aspects of divorce proceedings, custody and support matters, enforcement proceedings, international family law matters as well as negotiating and drafting of separation, settlement and pre-nuptial agreements. Goldschmidt is also trained in Collaborative Law and Mediation processes. She practices primarily in Westchester, New York and Rockland Counties, but also represents clients in the counties of Orange, Dutchess, Putman, Bronx, Queens, Kings and Nassau. Many of the matters handled by Goldschmidt are complex, involving sophisticated and/or unique issues of law and finance, whether related or economics (support and division of assets) or custody.

Goldschmidt is a former member of the Honoring Families Advisory Committee at IAALS.