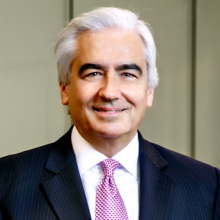 William J. Howe, III, is a lawyer practicing family law and is of counsel in the firm of Gevurtz Menashe, of Portland, Oregon. Bill was named Best Lawyers in America, 2009 Lawyer of the Year – Family Law, Portland, Oregon, and he is one of ten family law lawyers from Oregon included in the 2005 and subsequent Best Lawyers. He has also been listed in Super Lawyers and Portland Monthly. He was appointed by Chief Justice Carson and re-appointed by Chief Justice De Muniz as the Vice-chair of the Statewide Family Law Advisory Committee; has served as President and Board of Directors’ member of Oregon Family Institute and the Oregon Academy of Family Law Practitioners; served on the Board of Directors of the Association of Family and Conciliation Courts; was Chair of the Oregon Task Force on Family Law from 1993 to 1997, having been appointed by Governor Barbara Roberts in 1993, and reappointed by Governor Kitzhaber in 1995; serves as an Oregon Court of Appeals Mediator; served on the Juvenile Court Improvement Advisory Committee and Citizen Review Board, having been appointed by Chief Justice Carson; and served on the Oregon Dispute Resolution Advisory Committee. He has also served as Pro Tem Judge and mediator, and was he awarded the 2003 Pro Bono Challenge Award for the Highest Number of Pro Bono Public Service Hours by the Oregon State Bar. In addition, Mr. Howe has made over 100 presentations at Family Law Conferences and at other venues in the United States, Canada, Australia, Europe, and South Africa, and has authored several articles on family law-related matters.

Bill is a former member of the IAALS Board of Advisors.