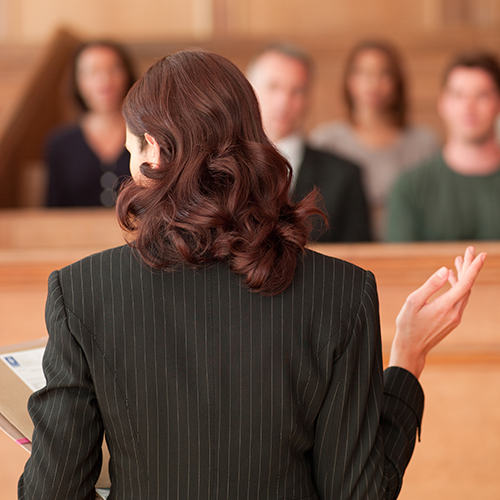 At its annual meeting this week in New York City, the ABA House of Delegates adopted Resolution 116 urging courts to implement plans that provide meaningful courtroom experience to new lawyers. The resolution—recognizing the important role law firms and clients play in the experience, or lackthereof, that young lawyers receive—also urges law firms and clients to take advantage of those plans.

A recent Public Radio Marketplace story on the Resolution highlighted the challenges that young lawyers—and our system—face. “Every surgeon has his first surgery but the client and the patient doesn't necessarily want it to be them," said Laurence Pulgram, a partner at Fenwick & West and 2016-2017 chair of the American Bar Association's Section of Litigation. Our system has undergone a decades long decline in trials, with trials in less than 2% of civil cases. The National Center for State Courts' recent Landscape of Civil Litigation in State Courts found a slightly higher percentage for bench trials, at 3.4%, but just 0.1% for jury trials. Beyond trials, only a small percentage of cases even proceed through the pre-trial process. Instead, cases either default or settle after some amount of discovery. For those infrequent courtroom appearances throughout the pretrial process, there is often a preference for experienced attorneys.

Recognizing these challenges, some judges around the country have adopted procedures to support opportunities for young lawyers. Chief District Judge Barbara Lynn of the U.S. District Court for the Northern District of Texas recognizes the challenges in her motions practice guidelines and provides an incentive to law firms and clients:

“The Court is aware of a trend today in which fewer cases go to trial, and in which there are generally fewer speaking or ‘stand-up’ opportunities in court, particularly for young lawyers . . . . The Court strongly encourages litigants to be mindful of opportunities for young lawyers to conduct hearings before the Court, particularly for motions where the young lawyer drafted or contributed significantly to the underlying motion or response. In those instances where the Court is inclined to rule on the papers, a representation that the argument would be handled by a young lawyer will weigh in favor of holding a hearing. The Court understands that there may be circumstances where having a young lawyer handle a hearing might not be appropriate—such as where no young lawyers were involved in drafting the motion, or where the motion might be dispositive in a 'bet-the-company' type case. Even so, the Court believes it is crucial to provide substantive speaking opportunities to young lawyers, and that the benefits of doing so will accrue to young lawyers, to clients, and to the profession generally. Thus, the Court encourages all lawyers practicing before it to keep this goal in mind.”

Numerous other judges have opened the doors for young lawyers to get experience, through standing orders promoting active involvement and relaxed rules regarding “one lawyer per witness” for younger lawyers during trial examination. Examples and specific judges are included in the ABA’s Report in support of the Resolution.

The Report also highlights civil justice reform efforts around the country aimed at providing a faster, more efficient, and streamlined process for litigants. These processes, such as Arizona’s new short trial option, generally include a shorter process and a one or two day trial. While the primary goal of these programs is to provide an affordable and efficient process for litigants—including a trial if desired—they also provide additional opportunities for lawyers to gain courtroom experience.

It is important for our entire system to have lawyers with the experience and confidence to meet the needs of their clients. As the ABA’s Report notes, “The success of the state and federal courts in the United States requires that the quality of litigation remains at the highest levels as the future generations of lawyers embark upon the legal profession.”