Colorado Supreme Court Ends Effort to Allow Recall of Judges, but Similar Proposals on the Table in Other States 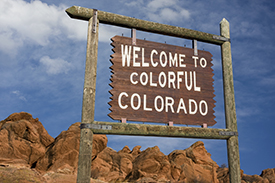 The Colorado Supreme Court has rejected a proposed initiative intended for the November 2014 ballot that would amend the state constitution to allow voter recall of judges. In a 5-2 decision, the court held that the proposed initiative violated the state constitution's single-subject rule, altering both the way in which recall elections are triggered and conducted and the types of state and local officers who may be recalled.

Colorado is not the only state in which judicial recall elections have recently been explored. Last week, the Arkansas Legislative Council adopted a non-binding resolution to explore remedies to combat "judicial activism," including recalling judges. This move is in response to a state trial judge's May decision striking down the state's same-sex marriage ban. The legislature declined to act on calls for the judge's impeachment from such high-profile figures as former governor Mike Huckabee.

Legislatures in Alabama, Kansas, Mississippi, and South Dakota also considered measures that would allow recall of judges in the 2014 session.

In Colorado, two other proposed ballot initiatives aimed at courts and judges are still alive. Sponsored by Clean Up the Courts, a "grassroots issue committee focused on judicial reform," the Two-Thirds Majority Initiative would require judges standing for retention to receive two-thirds, rather than majority, support from voters, while the Ethics (or Honest Judge) Initiative would transfer authority to discipline judges to the state's independent ethics commission and introduce "much needed accountability and transparency" to the judicial discipline process.