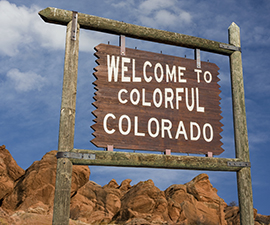 The Colorado Supreme Court has requested comments on proposed amendments to the Colorado Rules of Civil Procedure. The changes are focused on improving access to the civil justice system by making pretrial case management more efficient, thereby decreasing cost and delay, without sacrificing justice. The proposed amendments were developed by a subcommittee of the Colorado Civil Rules Committee, known as the Improving Access to Justice Subcommittee. The proposals seek to take the best of Colorado's Civil Access Pilot Project (CAPP) and implement them broadly for all civil cases across the state.

CAPP was implemented as a pilot project in five state district courts for a defined group of “business cases.” While the project had successes and challenges, as IAALS highlighted in our final evaluation of the project, the IAJ and Civil Rules Committee note in their Improving Access to Justice Report that that there were a number of ideas and principles from the project that have been shown to be quite effective and will be valuable for all civil cases.

These positive measures included a more limited definition of discoverable information with a mandate to make discovery proportional to the case itself; early, active, and personal judicial involvement in pretrial case management; controlling the discovery and use of experts; and adopting processes such as in-person case management conferences and oral discovery motions with the judge to keep cases moving promptly and effectively.

The Committee also considered the proposed amendments to the Federal Rules of Civil Procedure, now before the Supreme Court and expected to go into effect on December 1, 2015, and incorporated various aspects of these proposals.

The proposed amendments, referred to as the Improving Access to Justice Rules (IAJ Rules), are aimed at improving access to justice for many users and prospective users of the Colorado state district courts. However, the IAJ Rules are designed to accomplish more than simply updating or tweaking the existing pretrial rules, or polishing rough edges and making minor revisions to make it easier and more affordable for prospective litigants to access and use our civil courts. To effectuate a real improvement in access to and operations of the civil trial system, lawyers and judges nationwide agree that a fundamental change in the culture of litigation is necessary. A change in the existing culture—a new paradigm for pretrial case management—is one of the goals of the IAJ Rules.

The Court is seeking public comment on the rule changes, with written comments due April 17, 2015. The Colorado Supreme Court will conduct a hearing on the proposed amendments on Thursday, April 30, 2015.