A Debate on Nonlawyer Participation, Part I: Stephen Younger Warns that Nonlawyer Ownership Is Not the Solution to the Justice Gap 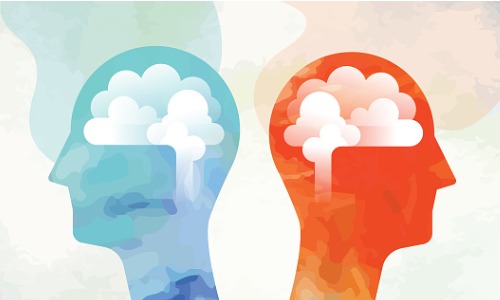 Author's Note: the views and opinions presented here reflect those of Stephen Younger's essay on regulatory reform and do not necessarily represent the views or opinions of the author or IAALS. Part II in this series explores the other side of this debate.

There is a growing debate on regulatory reform happening across the United States. The latest forum for these conversations is the Yale Law Journal, which recently published dueling essays on regulatory reform as part of its “A Debate on the Future of the Legal Profession: Increased Nonlawyer Participation.” At issue in both essays are the prohibitions on unauthorized practice of law and American Bar Association Model Rule of Professional Conduct 5.4’s prohibition on fee-sharing and co-ownership with “nonlawyers.”(1)

Ralph Baxter, in “Dereliction of Duty: State-Bar Inaction in Response to America's Access-to-Justice Crisis,” argues that regulatory reforms are necessary to meaningfully address the access to justice crisis. According to Baxter, state bar association inaction on these issues constitutes a dereliction of duty. Stephen Younger, on the other hand, argues that nonlawyer ownership would not solve the access to justice crisis. In “The Pitfalls and False Promises of Nonlawyer Ownership of Law Firms,” Younger further argues that these reforms could threaten the independence of the legal profession.

According to Younger, “lawyers’ opposition to [nonlawyer ownership] stems principally from a steadfast commitment to professionalism and the ethical practice of law that leads many lawyers to draw the line at forbidding nonlawyers, who may have interests that are at odds with their clients, from owning or running legal practices.” Opposition to these changes is not motivated, he says, by self-interest or a desire to protect profits.

Lawyers have rigorous educational programming and examination requirements, including on issues specifically related to the professional ethics of law practice. While other types of professionals may be subject to their own regulatory or ethical frameworks, the consequences for ethical violations are not the same as they are for lawyers. Nonlawyer professionals cannot be disbarred, for example, “making it difficult to ensure that nonlawyers would uphold the same ethical duties if they were allowed to be involved in providing legal services.”

Younger notes that many lawyers fear the impact that reforming Rule 5.4 would have on their ability to preserve the ethical standards to which they are subject. With respect to fee sharing in particular, lawyers have concerns around how outside pressures might impact decisions about settlement in contested litigation. Other concerns with removing Rule 5.4’s protections relate to unethical advertising, unauthorized practice of law, conflicts of interests, and attorney-client privileges.

The use of technology complicates the issue even more, says Younger, citing several technology companies active in Utah’s regulatory sandbox. When software (as opposed to live persons) is involved in providing legal advice, it is unclear how legal-ethics standards will be enforced.

In 2000, the American Bar Association Commission on Multidisciplinary Practice recommended a revision to Rule 5.4 that would allow for nonlawyer ownership and multidisciplinary practice. By a margin of three to one, the ABA House of Delegates rejected these recommendations. In the years and decades that followed, the ABA would reject other attempts to ease Rule 5.4’s restrictions. And, more recently, Younger cites to ABA Resolution 402, passed in 2022, that reaffirmed the organization’s commitment to Rule 5.4 and its prohibitions.

On Resolution 402, Younger notes: “it is believed that the passage of Resolution 402 will help the fight against [nonlawyer ownership] in other states that consider embracing it. Moreover, the landslide vote in favor of Resolution 402 provides further evidence that lawyers across the country are strongly opposed to NLO.”

Many state bar associations, too, support existing prohibitions on nonlawyer participation. While Arizona and Utah are experimenting with the practice, Younger details the efforts in California and Florida that garnered significant opposition from the bar associations in each state.

Younger is clear to note that he defines access to justice as “refer[ring] to providing low cost or free legal services to indigent persons, particularly those who need representation in court cases.” Within this narrow definition, he says, “it is clear that NLO has not narrowed the justice gap.”

He points to the experiences of Australia and England and Wales, where according to Younger nonlawyer ownership has not noticeably reduced the justice gap in either country. Quite the opposite, he says: it is profit-focused entities such as publicly listed and insurance-owned law firms that have entered the space. Furthermore, the ABSs active in England and Wales have been disproportionately concentrated in certain sectors—for example, in personal injury—but have not to date increased access to personal-injury lawyers.

Younger argues that we are seeing something similar in Utah and Arizona as we are abroad. The entities active in these two states “are not focused on tackling the access-to-justice divide.” Instead, the ABSs include private equity firms, litigation-finance companies, hedge funds, and alternative legal service providers. Younger says these entities “are run by individuals or businesses from outside the legal profession who are merely focused on expanding their businesses and profits by partnering with lawyers.”

Innovation can and should occur in the delivery of legal services, but Younger rejects the proposition that reforming Rule 5.4 is necessary for that to happen. In fact he cites a number of innovative services that are now commonplace across the U.S.:

Younger also points out that the model rules actually do not prohibit all instances of nonlawyer involvement in law practice: “Model Rule 5.4(a)(3) already allows nonlawyers to have management roles in firms and share in the firm’s overall profits—although not on the basis of the profitability of individual cases.” Additionally, law firms are able to provide incentive compensation to lawyers based on overall firm profits. Younger says “[i]f nonlawyers are necessary to make firms more innovative, sharing in the firm’s overall profits ought to sufficiently motivate them.”

Younger suggests that no changes should be made to Rule 5.4’s restrictions “[w]ithout demonstrated proof that permitting nonlawyer ownership of law firms will improve access to justice or is necessary to promote innovation in the provision of legal services.”

There are legitimate fears that these alternative business structures will cross ethical lines and influence legal judgments. And the stakes are too high to make any changes without evidence of impact.