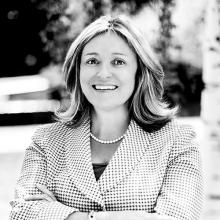 “I just found out about this and I need to come. I NEED to come. This matters. Thank you.”

This was an emailed response to our invitation to a Court Compass Design Sprint Workshop in Boston, MA earlier this year, and it wasn’t the only one of its kind. We received positive feedback from many of our self-represented litigant attendees, via email, phone, and in person. This feedback came before, during, and after our design sprint workshops. Each one of them: Massachusetts, Iowa, North Carolina, and Colorado. There was no getting around it. People liked participating.

Our inauspicious beginning in January 2018 earned fewer raves. But over the course of the past year, we honed our approach so that, for the last three workshops we held, we had to create a waiting list. Those on the waiting list urged us to facilitate another way for them to participate. This project had struck a nerve. Maybe it was the opportunity to speak directly with judges, attorneys, and court administrators and to work with them on improving the family law process. Maybe it was the idea that, for a litigant who likely struggled alone in the court process, here was an opportunity to talk about that loneliness and frustration. Maybe it was the recognition that their perspectives and experience might actually make a difference. The generous gift card for participating certainly didn’t hurt, and a Saturday half-day program likely had its appeal. Whatever the magic formula was, we had hit upon it. 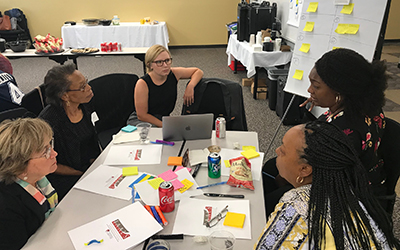 What exactly is in the sauce? Court cooperation is a necessity, because we don’t have attendees without an invitation list. Some courts limited their involvement to providing names and addresses (a matter of public record), and two courts actually sent out invitations via email to litigants with an email address. We focused on litigants whose cases had closed two to three years ago, thinking this was a ‘sweet spot’ of still having recall of the process, minus the immediate sting. By design, our project invoked some of the most challenging days of our participants’ lives, and, while we did not ask them to provide specifics about the personal aspects of their case, we did request they reflect on and describe in detail the path they traveled through the legal system. Their courage and commitment to improving the process for others, amid sometimes painful recollections, inspired our team beyond measure.

In those jurisdictions where we needed to rely on postal mail to get invitations to litigants, we sent thousands, with a response rate of no more than ten per thousand, and more often, three or four per thousand. We sampled different mailing approaches, using envelopes large and small (it turned out size mattered), handwritten and printed (no variation in response). We experimented with hand-written notes on the envelopes or on the letters, though neither proved more effective than the standard printed letter. And we waited for the phone to ring.

I could always tell the day the letters had hit. My phone came alive, and over the course of the sprints, I had the privilege of speaking with every attendee at every workshop. I shared with them an explanation of what we were doing and why, and the logistical information about the workshop. But mostly, I listened. Some callers needed to say why their divorce was so hard. Several mentioned they weren’t available for the workshop but just wanted to learn more, or to thank us for doing this. Many were incredulous that anyone cared what they had been through. A few cried, including a North Carolina woman, who in a tearful whisper said, “This is real? This is the best, best project. This changes everything.”

It was real. And it was one of the best projects I’ve ever had the opportunity to work on. We learned a lot from our workshop attendees, and perhaps no lesson came through as loud and clear as the one that drove home the idea that we can’t stop. We engaged with users of our courts and we mean never to break that bond. We’re going to continue to facilitate their participation in our work, and are beginning to establish a database of self-represented litigants who’ve indicated they want to stay engaged and involved. Toward that end, I’ll let one of our Iowa workshop participants have the last word about the project, the approach, and the potential impact we stand to make together: 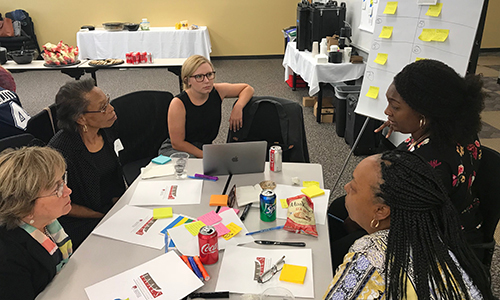