To the Federal Courts: Don’t Abandon Current Emergency Measures on Virtual Technology—Evaluate Them Instead 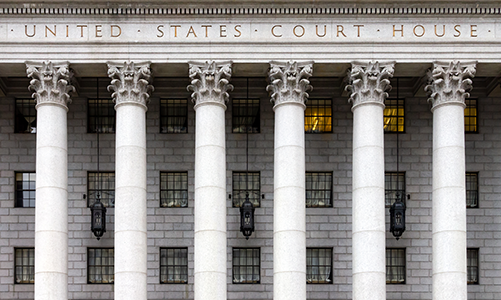 In a recent article for National Law Journal, IAALS Board of Advisors Member Jeremy Fogel challenges federal courts to use the data and information gathered through COVID-19-related emergency measures to evaluate and implement more modern court processes going forward. Fogel, the Former Director of the Federal Judicial Center and current Executive Director for the Berkeley Judicial Institute, believes the federal courts have a unique opportunity now to seize on this change.

The federal courts’ remote technology response to the pandemic is unprecedented in its history, with the federal judiciary steeped in tradition and incremental change. As Fogel lays out, this reluctance stems from a long and respected history of independence, professionalism, and conservatism, as well as a desire to decide cases as fairly as possible. Large-scale changes, even those that could increase affordability and efficiency, are approached with caution.

On April 13, the United States Supreme Court announced that it would conduct 10 oral arguments by telephone conference this May for cases whose oral argument dates had been postponed due to the COVID-19 pandemic. The Supreme Court states that it will make an audio feed available to the public through a media pool—providing real-time audio of oral arguments for the first time in its history.

The Administrative Office of the U.S. Courts, the administrative agency of the United States federal court system, and central support entity for the federal judicial branch, issued guidance enabling lower federal courts to implement virtual access to most proceedings—emphasizing that such access is only available throughout the duration of the pandemic. The federal judiciary also maintains an updated list of links to all federal court websites with links to court orders concerning court business, operating status, and public and employee safety, stemming from the COVID-19 pandemic. However, Fogel writes, “the emergency is unlikely to end soon. In the meantime, the courts’ emergency measures will produce a bounty of data concerning each of the principal areas of concern that have been cited to support judicial reservations about greater use of virtual proceedings.” And this data, he argues, should be used post-pandemic to assess the risks that federal courts have historically cited as reasons to innovate slowly.

Federal courts should evaluate the risks and concerns now. One risk levied by the federal courts concerns privacy; with these emergency procedures in place, courts have the opportunity to find ways of “balancing privacy interest with the transparency provided by virtual access.” Another risk is security; the courts’ current experience could reveal ways “to secure their electronic portals and to prevent harmful or unauthorized access to sensitive proceedings or information.”

Judges are also worried about the impact of virtual operations on their roles, including impaired ability to assess nonverbal cues as well as an adverse impact on lawyer cooperation. And, appellate judges are apprehensive about the effects on collaboration and collegiality. Yet again, Fogel argues, the pandemic “has created an opportunity for the validity of these apprehensions to be tested.” And when it comes to collaboration and collegiality, IAALS agrees: not only are they possible, they are essential.

Federal courts’ concerns around innovation at the expense of impartial justice should be commended, but also tested—to determine whether these concerns are supported by evidence-based information. While federal courts consistently score higher than the other branches in opinion polls, overall public trust and confidence in the courts has declined in recent years. Fogel argues that “[t]ransparency is a powerful antidote to such negativity,” and that technologies allowing electronic access and virtual proceedings could be a huge step in the right direction toward implementing transparency and restoring the public’s faith in a justice system that works for them.