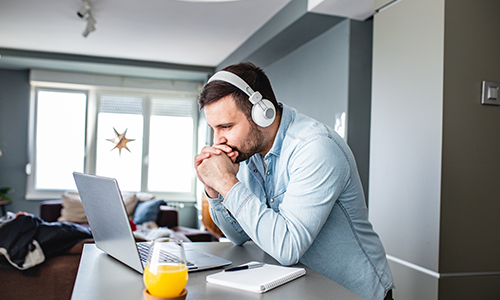 The news is full of examples of our world moving to remote conferencing, from online schooling to court hearings. The Advisory Committee on Civil Rules, originally set to meet in person in Florida on April 1, 2020, is no exception. The Committee met as planned, but virtually, with the opportunity for observers to join the meeting telephonically. Opening business included the announcement that Judge David Campbell and Judge John Bates will be cycling off their positions on the Committee, and they will both be greatly missed. Judge Bates recognized Judge Campbell’s contributions and impact on the federal Rules Committees over the course of the last fifteen years, including his time as a member of the Civil Rules Advisory Committee from 2005 to 2011, chair of the Committee from 2011 to 2015, and Chair of the Committee on Rules of Practice and Procedure from 2016 to 2020. Over this fifteen year span, Judge Campbell has championed significant amendments to the federal rules, including the package of amendments that went into effect in 2015 (including cooperation, case management, and proportionality), as well as pilot projects that lay the ground work for future amendments and impact.

The Committee meeting included a number of different updates and discussion topics, as outlined in the agenda book. The proposed amendments to Rule 30(b)(6) are currently before the Supreme Court for consideration with a recommendation that they be adopted by the Court and transmitted to Congress. They are anticipated to go into effect on December 1, 2020. The proposed amendments would require the parties to confer in advance of the deposition about the matters for examination.

The Social Security Disability Review Subcommittee teed up the question of whether to publish proposed amendments, and after much discussion of the pros and cons, the Committee decided to move forward the proposed amendments to the Standing Committee for approval and publication to get additional input through the comment process. The Multidistrict Litigation Subcommittee also provided an update and this work will continue, recognizing the need to get input from a broader group of attorneys and judges.

With the pandemic on everyone’s minds, Judge Bates provided an update on recent pandemic-related events related to the Committee instead of the usual legislative update. The CARES Act includes a provision under Title V, The Judiciary, providing for video conferencing (or by telephone conference if video conference is not reasonably available) in criminal proceedings. The provisions regarding video conferencing are specifically limited to the current emergency period, and leave to the Judicial Conference and the Supreme Court to consider future rule amendments under the Rules Enabling Act. The Committee will be taking up the possibility of rule amendments that would address emergency measures for use in the future, and a subcommittee is being established to lead this effort.

The judiciary is already putting the CARES Act provisions into practice. The Judicial Conference of the United States has announced that it “has temporarily approved the use of video and teleconferencing for certain criminal proceedings and access via teleconferencing for civil proceedings during the COVID-19 national emergency.” In addition, “the Executive Committee of the Judicial Conference, acting on an expedited basis on behalf of the Conference, on March 29 approved a temporary exception to the Conference broadcast/cameras policy to allow a judge to authorize the use of teleconferencing to provide the public and media audio access to court proceedings.”