Hair on Fire: The Future of our State Courts

The National Center for State Courts recently released an “explainer video” for courts to use as a resource when educating the public about the role of our state courts. "Courts play a vital role in protecting people's rights," NCSC President Mary McQueen shared in the news release. "The National Center developed this video to provide our nation's state courts a resource to help educate their communities about how state courts work." As the video points out, while most people think of federal courts—most often the U.S. Supreme Court—when they think of our court system, 96% of cases are handled in state court. The video looks back at the establishment of the judicial branch and the vision of our founders—of a court system that makes decisions based on law not public opinion, that is fair and impartial, that is accountable to the law and the Constitution, and open to people. 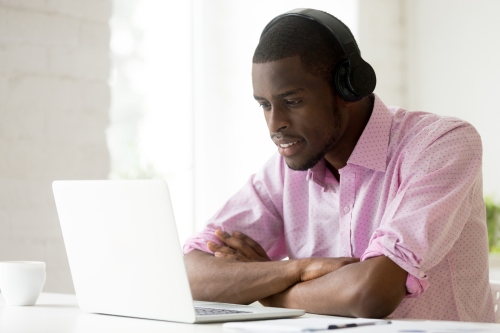 How do we continue to meet this vision of our founders in light of modern challenges, expectations, and technology? NCSC recently hosted an eCourts conference where the focus was the future of our state courts. In the opening plenary session “Hair on Fire: Courts in 2030,” the conference opened with the big question of what our courts will look like in the future. Dr. Tom Clarke, Vice President of Research and Technology at NCSC, engaged in a fireside chat with the co-chairs of the Joint Technology Committee, David Slayton and Kevin Bowling. The first question raised was whether courts will be physical or virtual. Referencing online banking, they encouraged the audience to think about what customers need and want. Will we continue to tell the public “You have to go to this building to get justice”? They also raised the question of whether courts will continue to house IT services internally or move to a virtual department. The importance of technology is illustrated by the varying impacts of natural disasters on the courts over the past few years depending on the particular court’s advancements in technology and use of the cloud. The use of predictive analytics and machine learning, and the role of publicly accessible data, was also discussed. “People are getting their hands on data whether we like it or not. We need to get over this and recognize that data is being shared, and we can take control of this if we think outside the box.”

Most importantly, the session recognized that courts need to shift from an internal focus to an external focus, recognizing that the customers of the court are the users of the system—the public. People are leaving the courts and resolving their disputes elsewhere, or not receiving justice at all. As Tom Clarke noted, “Insiders think they know what the users need, but they don’t actually because they haven’t asked them.” To ensure our courts continue to meet the vision of our founders—of a fair, impartial, and accountable system that is open and accessible to the people—we must push ourselves to envision the needs of court users in the future, even when it pushes us out of traditional comfort zones.