On October 27, IAALS and the University of Denver Sturm College of Law co-hosted a virtual panel discussion on how legal regulations in other countries have allowed for greater accessibility to the justice system and increased innovation among service providers. As part of our Future of Legal Services Speaker Series, the panelists offered real-world examples and models that the United Sates can look to for guidance, including how the regulations work in practice and whether there is evidence that these different regulatory structures can make a difference here as well. Panelists included legal industry leaders and access to justice advocates Crispin Passmore (Founder/Principle, Passmore Consulting), Will Morrison (Strategic Policy Counsel, Law Society of Ontario), and Abigail Moy (Director, Legal Empowerment Network)—and the conversation was moderated by David Lat (Founding Editor, Above the Law). Video of the event is available below.

Crispin Passmore began the conversation by describing England and Wales’ long history of lawyers working both alongside and separately from others providing legal services, such as consultants, insurance claims defenders, and those providing assistance with discrete legal issues like property transactions or guidance through the probate process. “Crucially, over 50 or 60 years of really good research, we’ve got evidence that [nonlawyers] don’t [deliver] legal services worse than regulated lawyers,” Passmore said, noting that, in the last 10 years, England and Wales have also increased the flexibility of its regulations. Passmore laid out some key steps to how others may deliver these types of groundbreaking reforms:

Next, Will Morrison discussed Ontario’s independent paralegal program, which allows paralegals to obtain license to conduct certain legal work without lawyer supervision, creating tiered legal services within Ontario and an alternative to having to rely on lawyers alone for legal advice. With over 9,000 paralegals in the province, nearly 4,000 are providing legal services to the public. In the province, the regulatory requirements for paralegals are similar to lawyers in the sense that there are education and training requirements as well as a licensing exam, and they’re subject to professional conduct rules as well as rules regarding management of trust accounts, financial record-keeping, etc.

Morrison explained that, over the course of several decades, statutes and case law allowed their paralegal profession to form organically; however, due to its casual formation, there was initially a lack of consideration for consumer protection. In order to address this—and to formalize this new type of nonlawyer legal service provider—the Law Society of Ontario, which has been regulating lawyers for over 200 years, stepped in. They defined the scope of what paralegals could or could not do, which in turn lowered the risk to clients. It was important that paralegals were not held to a higher standard than lawyers in similar circumstances, and that the standards developed for paralegals were proportionate to the scope of services they provided. Morrison said:

“Access to justice is a hard thing to quantify, but we think it’s undeniable that with this many more thousand legal service providers in the province, paralegals are making a material contribution to the options available to people.”

Abigail Moy then spoke about Namati, an international organization she helped to co-found, which brings together over 2,400 grassroots justice organizations in over 170 countries. “Together, we advance justice by building a movement of people who know, use, and shape the laws that affect them,” she said. “This is the process that we call legal empowerment.”

Moy introduced attendees to several network members across the globe, including an Indonesian organization called Pekka that has trained over 2,700 community paralegals to help female heads of households with family law issues, such as divorce and domestic violence. These community paralegals—which may be called community legal workers, legal promotors, or barefoot lawyers in other places—work directly with people who are affected by injustice as well as people who simply need help with various legal processes and procedures. Moy said:

“They’re not lawyers, per se, but are often trained in law and policy, and in other skills like mediation, community organizing, and advocacy. And with this interdisciplinary skillset and an intimate understanding of their communities, paralegals are able to work together with people to seek practical and meaningful solutions to injustices.”

She explained how community paralegals are a sort of frontline response system, one that becomes even more effective when coupled with a small core group of lawyers who may help to pursue litigation or higher-level advocacy when needed. Community paralegals (or their equivalent) are recognized as justice service providers by legislation in several countries, including Afghanistan, India, Kenya, Malawi, and Uganda. “Across our network, community paralegals are helping to demystify law and empower people to advocate for themselves,” she said.

“None of these systems are perfect, and each of these countries come with their own set of problems. But each of these countries also bear lessons that we in the United States can learn from. A more humane and holistic system for the U.S.—one that genuinely addresses our country’s massive justice gap—would not only remove unauthorized practice of law barriers, but would recognize and support the diverse ecosystem of law and nonlawyer actors that help ordinary citizens to resolve daily justice problems on the one hand, and take part in advancing systemic change on the other.”

David Lat then moderated an engaging discussion among the panelists, observing that “here in the United States, we are shockingly parochial about our approach to law and legal regulation, and it seems like the world ends at our borders. I think it’s very valuable for us to see what is being done—often successfully—in other countries.” Topics in this discussion included how England and Wales arrived at independent regulation, how Ontario’s paralegals were grandfathered into the regulatory framework, and the willingness of regulators here in the U.S. to explore the types of work that community paralegals are already doing around the globe.

We are so grateful to the panelists for their insights and inspiration, as well as to everyone who attended. Please look out for the next session of our Future of Legal Services Speaker Series in December, which will feature Dan Rodriguez. Rodriguez will cover the challenges of having different regulators and regulations in every state, and how the balkanization of regulating legal services creates additional barriers to closing access to justice gaps in the U.S. In addition, consider subscribing to our Unlocking Legal Regulation newsletter to get the most recent news and updates, information regarding upcoming events (like this speaker series), recommended reading from regulatory reform thought leaders, and more delivered to your inbox each month.

The Future of Legal Services: Reimagining Legal Services for All People—Lessons from Pioneers around the World from IAALS on Vimeo. 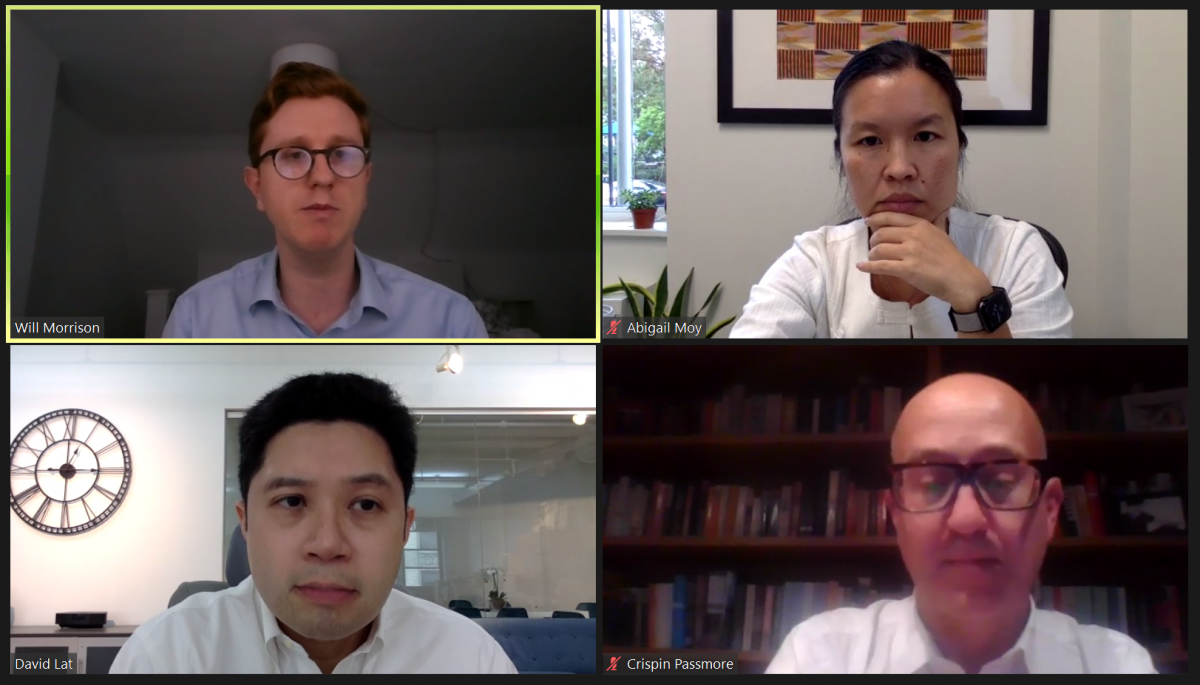