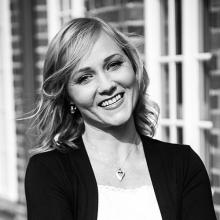 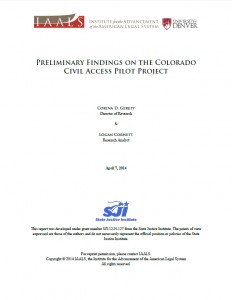 IAALS is pleased to announce the completion of its preliminary evaluation report on the Colorado Civil Access Pilot Project (CAPP), which tests a new set of pre-trial procedures for business actions in state district court. The project, which began in January 2012 and runs through December 2014, is in place in five Denver metro-area courts.

Relating to pleadings, disclosures, discovery, and case management, the CAPP rules were designed to bring the disputed issues to light at the earliest possible point, tailor the process proportionally to the needs of the case, provide active case management by a single judge, and move the case quickly toward trial or other appropriate resolution. The preliminary report combines the results of a docket study with attorney and judge surveys.

Our initial analysis reveals that the CAPP process as a whole has succeeded in achieving many of its intended effects, including a reduced time to disposition, increased court interaction, proportional discovery and costs, and a lower level of motions practice. Much of the positive feedback relates to CAPP's early, active, and ongoing judicial management of cases, with many calling for this to become a permanent feature of the rules.

For those cases that are at least minimally contested, one of the challenges of the project relates to differences between simple and complex cases. The first part of the CAPP process (rolling and staggered deadlines for pleadings and initial disclosures) appears to work better in simple cases, while it can fall apart in complex cases. The second part of the CAPP process (everything from the joint case management report forward) appears to provide a real benefit for complex cases, while it can be too much for simple cases. This is just one nuance in the results, and the full report will provide interesting reading for those engaged in these issues—both inside and outside of Colorado.

This report accompanies other recent reports on rules projects taking place around the country, including New Hampshire, Massachusetts, and Utah. It is preliminary because some cases in the docket study sample have not yet resolved and because differences in the survey data based on case or respondent characteristics will need to be more fully explored. The final report will be released in the fall of 2014. This is, however, a very valuable starting point.