Many aspects of human life have moved online—shopping for groceries, applying for jobs, taking classes, etc. So it’s no surprise that some legal processes, such as dispute resolution, are also moving to a digital platform.

Dispute resolution has actually been online for a while. Online dispute resolution (ODR) platforms have existed for over two decades; back in 2003, eBay created its own in-house ODR platform called Modria with then-Director of Dispute Resolution Colin Rule. Modria has since been acquired by Tyler Technologies and is touted as the world’s most successful ODR platform. 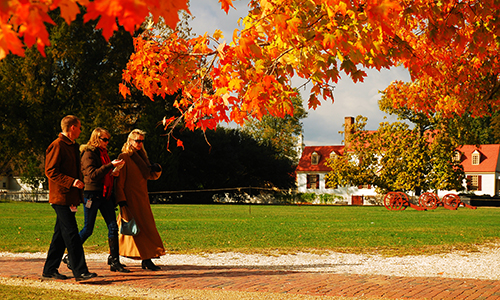 As interest in ODR began to pick up at the start of the millennium, in 2002 the United Nations Economic Commission for Europe hosted the first International ODR Forum. Objectives of the forum include better understanding of ODR, assessing the benefits and role of ODR systems, and promoting awareness of best practices in ODR. There have since been 19 International ODR Forums, with attendees that generally include courts, lawyers, mediators, ODR system providers, and researchers. The most recent forum was held last month in Williamsburg, Virginia, and was hosted by the National Center for State Courts and the National Center for Technology and Dispute Resolution. While each presentation was highly informative, there are a few takeaways that stood out given my interest in human and technological biases, as well as the role and interest lawyers have in court-annexed technology.

Professor Rabinovich-Einy of Israel’s University of Haifa presented on her current study, which compares standard legal proceedings with those that took place on Matterhorn, one of the larger ODR platforms in the United States that is used by over 50 courts nationally to conduct judicial processes remotely. From her study, she has found that under the traditional non-ODR model, black Americans and young people often receive higher fines than others for the same offense. She also found that these biases and injustices can be minimized with ODR, as parties’ race/demographics are not known to the judge.

Professor Noah Ebner with Creighton University and Assistant Dean of Dispute Resolution Elayne Greenberg with St. John’s School of Law presented on the difficulty courts have had trying to get buy-in from lawyers when considering adopting ODR. During the presentation, a question was posed to the audience on how courts can better engage lawyers to strengthen the support for ODR. One young lawyer responded poignantly that young lawyers already understand the importance of ODR and want to work with it, but these young lawyers are not part of their local bar association—so the courts should expand their reach beyond them. For reasons such as this, IAALS pays particular attention to engaging all diverse aspects of the legal profession in all areas of its work.

One of the final presentations at the forum was on the ethics in designing and implementing ODR in courts. There were two questions that were posed to the audience that stood out to me: whether the legal industry is moving too fast with ODR, and whether a robo-judge can really be fair. To the first question, there was some agreement and some disagreement from the audience. It was mentioned that while courts are worrying about this issue, the private sector is charging ahead and beginning to replace services that only courts used to provide. As for the second question, someone in the audience astutely raised the question of whether real judges can be completely fair without imparting—consciously or subconsciously—their own biases, bringing to light the initial findings from Professor Rabinovich-Einy’s study mentioned previously.

It is clear that ODR is not a perfect process. For example, digitizing the process could end up discriminating against certain groups of people, such as those who cannot express themselves well in writing. But ODR is not going away anytime soon; in fact, Professor Rabinovich-Einy estimates that, within a decade, about 75 percent of all lawsuits will be litigated online. And while not perfect, there are far more advantages to ODR than disadvantages, as highlighted in IAALS’ publication Eighteen Ways Courts Should Use Technology to Better Serve Their Customers, such as parties being able to resolve disputes on their own terms and in an expedited manner. The author of Eighteen Ways, John Greacen, also presented at this year’s forum on New Mexico’s ODR experience and how ODR can support self-represented litigants. 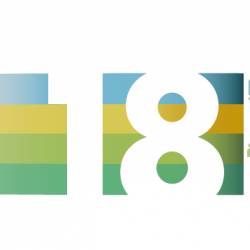 Eighteen Ways Courts Should Use Technology to Better Serve Their Customers
This report provides a path forward to help courts use existing technologies to improve the user experience, particularly for those people who choose to represent themselves.
Read More