Judging the Judges: A Blueprint for Judicial Excellence

As part of the University of Denver’s Engaging Ideas series, IAALS Executive Director Rebecca Love Kourlis was interviewed about the importance of an independent judiciary—and IAALS’ model for sustaining it. In the video, titled “Judging the Judges,” Kourlis discusses how IAALS is helping improve state court systems through the O’Connor Judicial Selection Plan.

“Public trust in the judiciary is central to its legitimacy and to its capacity to enforce its orders. Retaining that impartiality, independence, and integrity of the judicial branch, I think in this day and age, is more critical than perhaps it’s ever been.”

When asked how to strengthen public trust and confidence in the judiciary, Kourlis said that many people are concerned with how judges are selected. Twenty-two states currently hold contested, partisan elections to fill state judgeships. These elections often lead to questions about the judiciary’s impartiality and fairness, especially when a campaign donor’s case comes before the judge. “Judges are not politicians in robes, nor should they be perceived as being politicians in robes," Kourlis said. "They’re accountable to the Constitution—the law of the land. They’re not accountable to a particular constituency.”

To solve some of the major issues stemming from judicial elections, IAALS worked with retired Supreme Court Justice Sandra Day O’Connor to create a model for judicial selection, evaluation, and retention. The O’Connor Judicial Selection Plan features four elements that together strive for the ideal balance between judicial accountability and independence:

For states that have already implemented some aspects of the O’Connor Plan, Kourlis suggested some other areas still needing perfecting. Judicial performance evaluation results often don’t make it into the hands of voters, whose attention is often drawn to other issues come election time. Additionally, Kourlis suggested that given the increasing number of self-represented litigants in our courtrooms today, we need to ensure those folks are given a fair chance to participate in the evaluations. 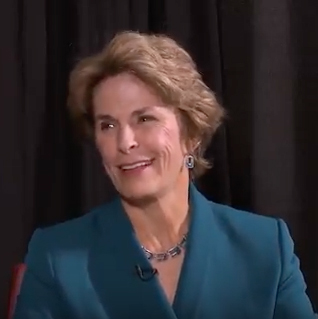