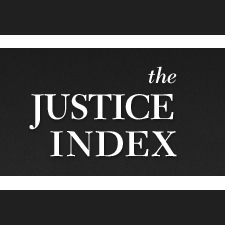 The National Center for Access to Justice (NCAJ) launched the Justice Index just over a year ago. This first-of-its-kind Index provides a spectrum of data that compares states in regards to access to justice across four categories: 1) number of civil legal aid lawyers, 2) systems for self-represented litigants, 3) systems for people with limited English proficiency, and 4) systems for people with disabilities.

Recently, the NCAJ announced the second phase of the Justice Index, which will implement a new tool to “expand and update public understanding of how state justice systems are serving the millions of litigants each year who cannot afford a lawyer.” Input from state chief justices and large firms involved in pro bono work, combined with compiled data, will be used to rank all 50 states, the District of Columbia, and Puerto Rico. Findings will show where “best practices have been adopted, and where they are missing.”

Included in the second phase of the Justice Index are new areas of research and emphasis, including concerns for those with mental disabilities, simplified forms for self-represented litigants, tracking systems for right to civil counsel, financial access for the indigent, and the impact of pro bono work. The NCAJ plans on releasing the new findings and ranking system this summer.