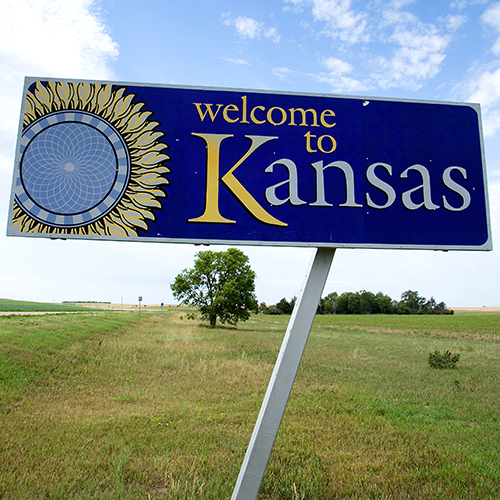 This November, five of the seven justices on the Kansas Supreme Court are standing for retention, and many court watchers in Kansas and around the country are anticipating a no-holds-barred election battle.

The supreme court on one side and the governor and legislature on the other have been at odds for the last several years over court decisions involving school funding and capital punishment. The Republican-controlled legislature, with the governor’s backing, has attempted to curb the court’s power in a variety of ways, from replacing the commission-based appointment process for choosing judges with contested elections or gubernatorial appointment with senate confirmation, to threatening to eliminate the courts’ funding, to expanding the grounds for impeaching justices. Now it appears likely that other groups will take up the court opposition campaign with an anti-retention effort.

At its convention in mid-May, the state Republican Party adopted a resolution to oppose the retention of four of the supreme court justices on the ballot (the fifth justice was appointed by Governor Brownback), and the party will coordinate that effort. Kansans for Life has also entered the fray, and there is some speculation that the Koch brothers or their allies may help fund the campaign. On the other side, Kansans for Fair Courts will support the justices.

High-dollar, hotly contested judicial retention elections in merit selection states like Kansas are rare but not unheard of, particularly in the last decade. From 2000 to 2009, all retention candidates across the country combined raised only $2.2 million, but in 2010 alone, $1.4 million was spent on supreme court retention elections in Iowa, where three justices were voted out of office based on a unanimous ruling that recognized a right to same-sex marriage under the state constitution. A partisan challenge to three Florida justices in 2012 cost almost $5 million, and a 2014 campaign against three supreme court justices in Tennessee saw $2.4 million in spending. Unlike the Iowa justices, the Florida and Tennessee justices kept their seats.

One step that Kansas voters can take to inform themselves about how well their justices are fulfilling their responsibilities on the bench, rather than simply how they have ruled on hot-button issues, is to consult the judicial performance evaluations (JPE) conducted by the Kansas Judicial Evaluation Committee. Kansas had a top-notch official JPE program in 2008 and 2010, but the legislature declined to renew its funding. A volunteer committee of attorneys, law professors, court professionals, and citizens is filling that void. The committee is motivated by the principle that “a representative democracy works best when voters make informed decisions.” So, Kansas voters, please take advantage of the performance evaluation information on your judges. Cast informed votes, not politically motivated ones.

We at IAALS hope that, when the dust settles after the November election, Kansans will take stock and review the results of a partisan onslaught against the judiciary. One of the consequences, intended or unintended, will be increased skepticism among the electorate about the impartiality of the third branch of government, and that is never a good thing.