Legal Regulation in the Age of Disruption 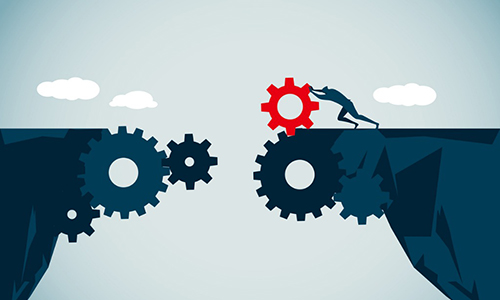 “Are we in an era of regulatory reform?” Art Lachman, legal ethics attorney and former President of the Association of Professional Responsibility Lawyers (APRL), posed this question at APRL’s annual meeting a few weeks ago in San Francisco. Lawyers, people in need, innovators, regulators and others have for decades voiced concern with the ability of the rules of professional conduct to effectively provide for affordable and accessible legal help. What makes this time any different?

For starters, the legal profession is facing an unprecedented crisis in serving the needs of people with legal problems. A whopping 76 percent of cases in state courts involve at least one self-represented party, and, in some jurisdictions over 80 percent of the civil legal needs of lower-to-middle income individuals are going unmet. At the same time, despite the well-documented need for legal services and the increasing supply of new lawyers every year, almost 32 percent of law grads in 2018 did not land full-time jobs requiring a law license ten months after graduation, and legal consumers are still not getting the help they require. Throw in the rapid advancement of technology and online services in recent years, and these dire conditions are amplified: while consumers of legal services are struggling to find affordable assistance that keeps pace with technological advancement in other markets, lawyers are increasingly feeling inhibited by rules that prevent them from connecting with and serving clients that are more technologically adept than they have ever been.

If ever we needed an era of regulatory reform, now, during the age of technological disruption, is the time. That is why APRL formed its Future of Lawyering Committee to “Explore the evolving nature of technology and its impact on the delivery of legal services and access to justice with the goal of developing specific proposals for amending the legal ethics rules and reforming the lawyer regulatory process.” IAALS is also doing the work to find a solution. On April 16-17, 2019, IAALS gathered a group of decision-makers and innovators to roll up their sleeves and workshop a risk-based model for legal regulation that, on the one hand, assures accountability and consumer protection, and, on the other hand, is nimble enough to adapt to rapid changes in society and the market. And three western states—California, Arizona, and Utah—are also taking action.

The California Access Through Innovation of Legal Services (ATILS) Task Force began its work by commissioning Professor William D. Henderson to survey the landscape of the current and evolving state of the legal services. In July of 2018, Henderson delivered to the task force his Legal Market Landscape Report. The incisive report cut to the heart of the problem, recognizing that Rule 5.4 of the Rules of Professional Conduct, dictating that any business engaged in the practice of law must be owned and controlled by lawyers, and rules governing the unauthorized practice of law are stifling productivity among lawyers and preventing the development of accessible, affordable legal services for consumers. The report called for modifying the ethics rules to facilitate close collaboration of lawyers and other professionals, which would allow the legal profession to accelerate the development of innovative legal solutions that “will drive down overall costs; improve access for the poor, working and middle class; improve the predictability and transparency of legal services; aid the growth of new businesses; and elevate the stature and reputation of the legal profession as one serving the broader needs of society.

On July 11, 2019, ATILS released tentative recommendations for a better way forward. Although the recommendations were more conceptual than concrete in terms of rule reform, there were four key topics for consideration: 1) whether only lawyers should be able to provide legal advice; 2) whether only Lawyers, not entities or businesses, should be regulated by the State Bar; 3) whether only lawyers can own law firms; and 4) whether lawyers should be able to share fees with other professionals. These recommendations provide for a variety of alternative paths, open to public comment. On August 10, 2019, I attended the ATILS session to voice support for rules that would allow collaboration between lawyers and other professionals as the critical first step to making legal services affordable and accessible to the people who need them.

Shortly after, on August 15, 2019, news broke that the Arizona Task Force on Delivery of Legal Services was recommending getting rid of Rule 5.4 altogether and putting in its place new regulations to oversee hybrid businesses allowing lawyers to work with other professionals while still protecting against conflicts of interest and promoting lawyer independence.

Almost a week later, Utah followed suit with a bold vision for the future. The Work Group on the Regulatory Structure for Legal Services is recommending: 1) Freeing Up Lawyers to Compete By Easing the Rules of Professional Conduct, and 2) the creation of a new regulatory body. Among the recommendations is the elimination or substantial relaxation of Rule 5.4. But the most important aspect of these recommendations, from IAALS’ perspective, is the creation of a new regulator that would ensure consumers access to a well-developed, high-quality, innovative, and competitive market for legal services. The regulator would operate in a “sandbox” environment in Utah as a pilot to gauge the impact of this new system. Like the IAALS model that contemplates an Independent Regulator of Legal Services Policy, devised with the assistance of Gillian Hadfield and Lucy Ricca, this new regulator would be proactive, would be anchored in empirical data through state-of-the-art regulatory tools (licensing, data gathering, monitoring, enforcement, etc.) and be guided by the assessment, analysis, and mitigation of consumer risk (risk-based regulation). Instead of the categorical prohibitions based on assumptions, Utah proposes we first ask, “What evidence do we see of consumer harm caused by improper influence by nonlawyer owners over legal decisions? What steps can we take to mitigate these risks in the market?”

The goal of this approach is to develop a regulatory framework that allows, supports, and encourages the growth of a vibrant market for legal services in Utah and, ultimately, across the United States. That is why IAALS is acting as a resource for Utah and others as they forge ahead with new solutions, and will continue to be at the forefront of change in this age of disruption.

Lachman was being somewhat prophetic when he asked if we in an era of regulatory reform. I would say the answer is a resounding “yes.” And given the shared goals of these groups and the trend towards a new kind of regulation for lawyers and other professionals to work together, these western states, along with APRL and IAALS, may soon be pioneering what that new era will look like.