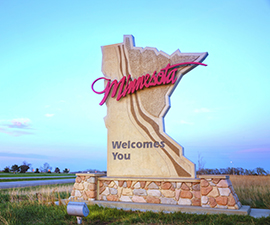 Minnesota legislators are proposing an alternative to traditional divorce proceedings—the Cooperative Private Divorce. The bill aims to allow couples to form divorce agreements without filing with the court or needing a judge's sign-off. Advocates who helped craft the proposal believe this process would prevent relationships from turning unnecessarily adversarial within the court system, and would alleviate the caseload of family courts.

According to the Star Tribune, divorcing couples would take an online orientation and submit their “Intent to Divorce” to a state agency like the Bureau of Mediation Services. Ninety days later, the parties would file a “Declaration of Divorce” with their agreements. No review or judicial interference is involved. However, later challenges to such agreements would be subject to the courts.

The reform will not replace the current, court-administered divorce system, but adds another option for families to consider.

Not everyone is behind the proposal, including some family law practitioners. Some question whether it is constitutional to allow the legislature to take away the jurisdictional power of district courts over family law. They also worry that the proposal will “create a quagmire down the road” when the agreements eventually find their ways to courts.

Advocates, however, stress that the legislation is a response to the reality that many families do not have attorney representation and would be better served outside the court system.

While the bill's sponsors do not intend to request a hearing on the bill this session, their efforts have spurred important conversation around the issue already.