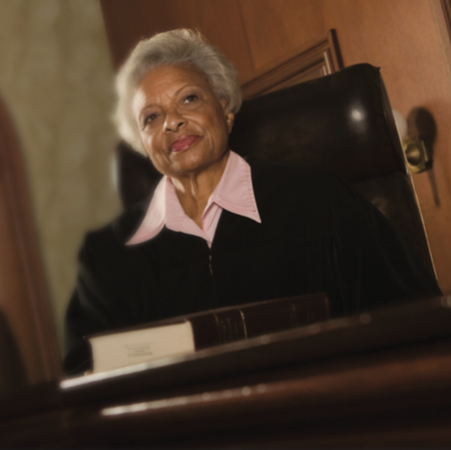 National organizations that work to ensure fair, trusted, and accountable courts are increasingly recognizing the potential for implicit bias to obstruct this goal, particularly when such bias is brought to bear in the selection and evaluation of judges. Defined as attitudes or stereotypes that affect our understanding, actions, and decisions in an unconscious manner, implicit bias and the perceptions, and often misperceptions, it fosters can influence the judgments of well-meaning individuals—to the detriment of judicial candidates, judges, and the court system as a whole.

The judicial screening and nominating process, used to select judges in two thirds of the states, is one area in which implicit bias may have a negative impact. This potential is addressed in a great new resource from the Brennan Center for Justice at NYU Law School, Building a Diverse Bench: A Guide for Judicial Nominating Commissioners, which provides nominating commission members with concrete guidance on the steps they can take to promote a more diverse bench. Citing research demonstrating that “implicit biases can inﬂuence who receives an interview, how applications are evaluated, and who is ultimately selected for the job,” one of the publication’s recommendations is that members of judicial nominating commissions undergo implicit bias training. Such training is essential in ensuring a screening and nominating process that is as free from bias as possible.

Implicit bias training may also be appropriate for members of judicial performance evaluation (JPE) commissions. In a 2012 study, Leveling the Playing Field: Gender, Race, and Judicial Performance Evaluation, IAALS looked at whether women and minority judges are systematically evaluated less favorably than their Caucasian male colleagues. We found that judges in four states with longstanding judicial performance evaluation (JPE) programs generally receive high marks from court users but that there are a few areas in which women and minority judges consistently receive lower scores. Interestingly, these lower scores were found more often in attorney evaluations of judges than in evaluations by other respondent groups.

In addition to calling for comprehensive JPE programs and well-designed surveys, the IAALS report recommends broad education about implicit bias. Through its National Campaign to Ensure the Racial and Ethnic Fairness of America’s State Courts, the National Center for State Courts offers some fantastic resources for courts to use in addressing implicit bias, available here. As well, the American Bar Association, through its Implicit Bias Initiative, provides critical information and resources on the issue of implicit bias that is relevant to attorneys and other justice system stakeholders. 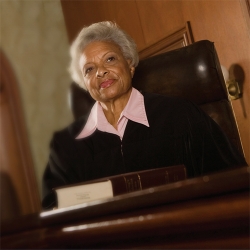 Leveling the Playing Field
This study assesses whether, as some claim, there is empirical evidence that women and minority judges are evaluated less favorably than their Caucasian male colleagues. We consider whether these differences are the result of implicit biases, and we offer recommendations for minimizing the potential that such biases may come into play.
Read More
Judicial Performance Evaluation