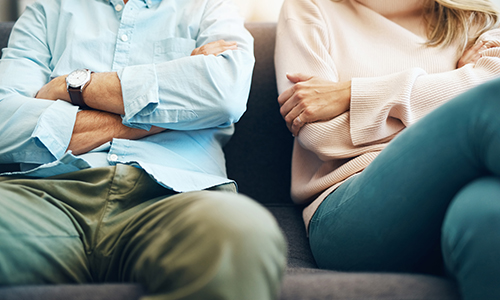 The critically acclaimed Netflix movie Marriage Story depicts a couple who decides to end their marriage, and subsequently must figure out the best way forward for both themselves and their eight-year-old son. Although the couple initially wants to work out the logistics of their divorce amicably (and without lawyers), things quickly take a turn when one of them decides to hire an attorney after all.

What ensues is a tense, conflict-ridden, and expensive affair; although undoubtedly dramatized for entertainment purposes, the movie does portray several realities of the traditional divorce process. In fact, several real-life divorce attorneys have spoken as to the film’s accuracy. One lawyer, in an interview with Slate, confirmed that around a third of her cases are similar to those depicted in the movie—“where the couple starts off wanting to be nice and then everything gets really contentious.”

Although the couple obviously disagrees about many things, they do agree that they need to do what’s best for their son. The movie’s depiction of two lawyers battling it out in court, however, are at odds with the couple’s ultimate goal of becoming successful and cooperative co-parents. Where possible, alternative dispute resolution (ADR) methods such as mediation provide a more collaborative forum for resolving family disputes. Promoting more ADR services nationwide is a core component of the problem-solving mindset underlying the Family Justice Initiative (FJI) Principles for Family Justice Reform, developed with the support of IAALS, the National Center for State Courts, and the National Council of Juvenile and Family Court Judges, as well as endorsed by the Conference of Chief Justices.

The FJI Principles stress the need to teach families cooperation and problem-solving skills throughout the legal process, as the issues in many domestic relations cases evolve throughout and beyond the course of the dispute. It is vital that individuals—especially those with children, like the couple in the movie—have options available to them that emphasize and utilize these skills.

ADR methods were also utilized at IAALS’ Center for Out-of-Court Divorce (COCD), whose approach and impact is described in our report Divorcing Together. The COCD served families in the Denver community from 2013 to 2017. The center’s method was designed to provide not only legal services—including court case management, mediation, legal drafting, and legal education—but also a host of counseling services, such as co-parent coaching, individual counseling, family therapy, support groups, and child counseling. The model provides families the opportunity to complete the divorce process without ever having to go to court and has inspired other programs across the country. It’s possible that, should the couple in the movie have had access to a resource such as the COCD, their divorce could have been a less contentious and more positive, collaborative experience.

The Family Justice Initiative has released a final report with Principles for Family Justice Reform that cover a broad spectrum of improvements to the way domestic relations cases are handled. The Conference of Chief Justices has approved the Principles. END_OF_DOCUMENT_TOKEN_TO_BE_REPLACED
Blog Post

Divorcing Together: An Interdisciplinary Out-of-Court Approach to Separation and Divorce

It is no secret that divorce poses significant problems for those who go through the legal process. The adversarial nature of the legal process can put people at odds with one another and the courts are not well-positioned to provide emotional and future-planning support. IAALS has released a new report detailing the... END_OF_DOCUMENT_TOKEN_TO_BE_REPLACED
Family Justice Initiative
The Center for Out-of-Court Divorce