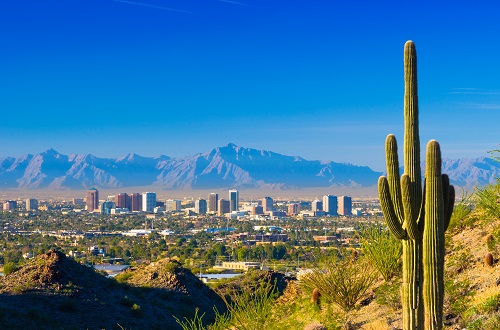 This past Friday, October 4, the Arizona Task Force on the Delivery of Legal Services was the latest group to weigh in on the need for regulatory reform by submitting its report and recommendations to the state’s Judicial Council. The Task Force introduces its report and recommendations with a survey of the current landscape for delivery of legal services, including numbers documenting that the vast majority of Americans do not get the legal help that they need—numbers that are all too familiar to those who have been following the access to justice problem for some time. For example, 86 percent of civil legal matters reported by low-income Americans in 2016 received no or inadequate legal help. And well over one hundred million Americans are living with civil justice problems that involve what the American Bar Association deems “basic human needs,” such as housing, child custody proceedings, and debt collection.

And, as the Task Force notes, even though there is a well-documented crisis pertaining to the demand for access to affordable legal help, lawyers serving the PeopleLaw sector often continue to struggle to earn a living. Meanwhile, the increase in lawyer pro bono efforts and efforts to assist self-represented litigants to navigate court processes and procedures has helped, but cannot come close to closing the justice gap. This may be the very definition of “market failure,” but the consequences are far more reaching. The lack of access to justice for most Americans undermines their trust and confidence in the legal profession and the civil justice system.

The report cites several contributing factors to this crisis:

Thus, Arizona is offering a vision of structural change in 10 recommendations intended to open and improve the regulated market for legal services, including simplifying advertising rules as well as implementing multi-tiered licensing for legal services providers, all of which are geared toward closing the access to justice gap in the state.

In the crosshairs of the recommendations are Rules 5.4 and 5.7, which operate to prohibit lawyers from sharing fees or ownership of an entity that provides legal services with others. Both rules would be eliminated if the report and recommendation were to be approved, and the Task Force does not mince words on why they recommend the elimination of these rules. They state that “[t]he prohibition was not rooted in protecting the public but in economic protectionism” and that “[t]here was ‘no evidence that the corporations then supplying lawyers to clients were harming the public, and the transparent motivation behind the legislation was to protect lawyers’ businesses.’” And, because the “twin goals of protecting a lawyer’s independent professional judgment and protecting the public are reflected in other ethical rules which can be strengthened,” there was no reason to keep ER 5.4 and 5.7. Thus, the first recommendation in the report is to eliminate Arizona’s Rules of Professional Conduct (ER) 5.4 and 5.7 and amend ERs 1.0 through 5.3, which would “remove the explicit barrier to lawyers and nonlawyers co-owning businesses that engage in the practice of law while preserving the dual goals of ensuring the professional independence of lawyers and protecting the public.” The task force also recommends the court to immediately organize a group to research the regulation of legal entities in which nonlawyers have a financial stake, such as those that exist in countries like Australia and the UK.

If acted upon, this recommendation would allow lawyers to partner with other professionals to reach clients and provide legal services in a vastly more efficient way. The report states that “[l]awyers have the ethical obligation to assure legal services are available to the public, and that if the rules of professional conduct are in the way of making those services available, then the rules should be changed, albeit in a way that continues to protect the public.” And although lawyers themselves are regulated, there is currently no structure in place—in any state—to regulate entities that would aim to start providing those desperately needed legal services.

With the elimination of Rules 5.4 and 5.7, the task force understands that a new regulatory framework will be necessary if lawyers are to partner with other professionals. But, for now, rather than commit to a specific solution, such as alternative business structures in Washington, DC, or a pilot “sandbox” program like the approach Utah is taking, the task force recommends Arizona explore entity regulation in order to ensure lawyer independence while protecting consumers. In any case, the task force recognizes that a proactive and preventative approach-based regulator is needed to open up new channels for the delivery of legal services, as well as allow the legal profession to finally be able to take full advantage of emerging technologies and innovative minds in order to meet the needs of consumers in an unprecedented way.

And in another promising development for regulatory reform, on Monday, October 7, the Chicago Bar Association and the Chicago Bar Foundation announced the creation of a task force in Illinois which will work to identify regulatory reform recommendations. The task force will assess technologies, rule modifications, and other changes—including the potential for an expansion of legal referral platforms—to encourage a more practical and sustainable law practice. The CBA-CBF task force will also analyze how to increase access to justice by making use of other legal professionals and expanding partnerships with online legal services providers as well as businesses and technology entities. We can expect to see their official report and recommendations by the end of the 2019–2020 bar year.