One Step Closer to Creating the Just, Speedy, and Inexpensive Courts of Tomorrow 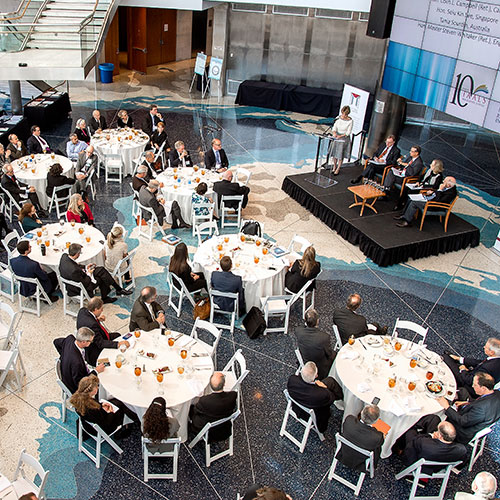 It was a packed two-day Summit that covered the waterfront—current civil justice reform efforts around the country at the state and federal levels, simple cases to complex cases, the importance of case management by judges and the court, and the varying perspectives of the users of the system. The Summit provided a unique opportunity for discussion about the state of innovation across our federal and state courts—and a corresponding unique opportunity to share lessons that can be learned from those very different experiences and dockets.

IAALS Executive Director Rebecca Love Kourlis began the Summit by imagining a court system in five years, where we had litigation that is cost effective, courts that are accessible and affordable, technology that serves litigants, judges who are engaged and attentive, and lawyers who are cooperative and innovative. The Summit ignited a renewed energy and commitment to achieving this goal. That energy was palpable in the room, which was filled with attendees from across the nation and the world who are united in their dedication to making the system better.

Our goal is to spread that vision and energy beyond the Summit.

Bloomberg BNA has featured the Summit in three articles following the Summit: the first on the new rules and the importance of culture change, the second on putting effective judicial case management into play, and the third on why case management is in all our interest. Law Week Colorado has also reported on the event, recognizing the important role of culture change in implementation.

Stay tuned for more news and updates regarding the Summit over the coming months.