Online dispute resolution (ODR) is emerging in courts around the country. Last month, Arizona’s Administrative Office of the Courts announced the launch of an ODR pilot program in the family courts of Pinal County, located between the major cities of Phoenix and Tucson. The program is free and allows parties seeking to initiate or modify a family court matter to negotiate their case online with the help of a court facilitator without ever stepping into a courthouse. 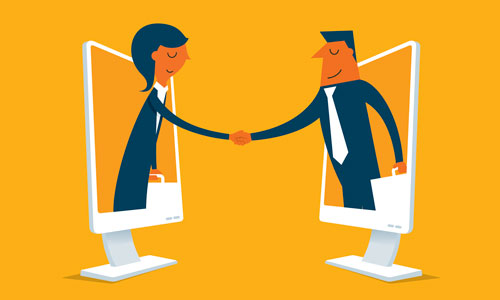 Parties can use the program for a number of family law matters, including dissolution, paternity, child support, modification of legal decision-making, and parenting time. Unlike traditional processes that require parties to go to the courthouse between normal business hours, this program is available to parties 24 hours a day from a computer or mobile device. The parties can communicate directly with the facilitator who not only moderates the conversation but also prepares the necessary court documents. The facilitator will prepare and send to the court for approval the completed documents containing the agreements made between the parties, and if the parties ultimately reach an agreement on all issues, their hearing could be vacated.

In addition to ODR programs like the one in Pinal County, Arizona, there are also startups providing similar services. One example is coParenter, an app for separated, divorced, and never-married parents that facilitates the resolution of parenting disputes. The app uses intelligent dispute resolution (IDR) and provides tools that help with communication, scheduling, and calendaring, in addition to more advanced Artificial Intelligence that helps predict conflict (e.g., confrontational language), increasing the likelihood of parents remaining civil with each other. In addition to these technology tools, coParenter also provides parents with the option to consult with a live on-demand mediator when conflicts arise. coParenter launched a pilot version of its app two years ago, in March 2017, and since then has helped resolve over 4,000 disputes, reporting that 81 percent of the couples that have used its app resolved all their co-parenting issues without needing to use a mediator or other legal professional. With its success, coParenter officially launched its app earlier this year.

Whether it is ODR or IDR, more and more programs are popping up to help parties and parents spend less time in court and more time working together on their family matters. All alternative dispute resolution (ADR) programs, including ODR and IDR, distinguish themselves from normal court processes by being non-adversarial and focusing on helping parties work together to identify solutions to their problems. Research has shown that ADR helps parties manage their emotions and improve their communication, giving them the tools to solve future disputes without the court’s intervention.