Order on One Millionth Discovery Dispute 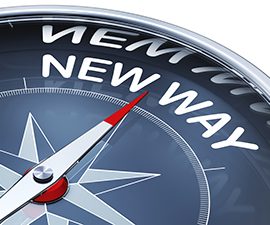 A federal judge in Washington, D.C., recently issued an order titled “Order on One Millionth Discovery Dispute,” sharing her impatience with the ongoing discovery disputes of the parties. In her order, U.S. District Judge Rosemary Collyer remarked that, “[m]uch as the court admires the advocacy of counsel, it is exhausted with these disputes.”

In addition to highlighting the cost and delay associated with such disputes, the court's order also highlighted the possibilities for a different process to resolve such disputes. The court noted that, “contrary to its usual practice,” it would rule immediately, in writing, based on the parties' letters and attachments.

There is a clear movement across the country, at the state and federal level, toward alternate processes for handling discovery motions so as to reduce the time and cost associated with such disputes. Many judges have begun holding pre-motion conferences with the parties, often ruling on the spot rather than proceeding to formal motions. The proposed amendments to the Federal Rules of Civil Procedure, currently under consideration by the Supreme Court and expected to go into effect on December 1, 2015, identify the use of pre-motion conferences as another topic for discussion at the initial case management conference. As noted recently by the Civil Rules Advisory Committee:

Many federal judges require such pre-motion conferences, and experience has shown them to be very effective in resolving discovery disputes quickly and inexpensively. The amendment seeks to encourage this practice by including it in the Rule 16 topics.

There are many examples of this practice around the country, with some variations requiring that parties submit a one- or two- page letter summarizing the items to be covered prior to the conference. The Southern District of New York's Pilot Project Regarding Case Management Techniques for Complex Civil Cases, which required that discovery disputes not involving assertion of privilege or work product be submitted by letter, has officially concluded, but judges continue to utilize provisions of the pilot project, including this expedited approach to handling disputes.